This post is the first in a series that I will be writing about the individuals that I view as the masters in my genre of choice, crime/detective fiction. I am a firm believer that you become better in whatever field you pursue by following those that excelled and paved the way before you. 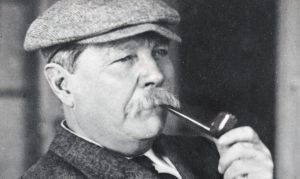 When I look at crime/detective fiction, I view Sir Arthur Conan Doyle as one of the pioneering architects in the genre. His novels and collections centered around his Sherlock Holmes and Dr. Watson characters are timeless.

Arthur Ignatius Conan Doyle was born in Scotland in 1859. Like his Dr. Watson character, Doyle was a physician. After serving as a ship’s surgeon in West Africa, Doyle became an opthalmologist with a practice in London.

Like many writers, he had a hard time finding a publisher for his work, but finally was able to publish A Study in Scarlet, his first Sherlock Holmes Novel, in 1886 earning 25 pounds for the rights to the story. The publisher further abused their new client when the sequel was published, so he left them.

Sherlock Holmes was a character that was modeled after a professor that Doyle had studied with. As for Dr. Watson, as I read more about Doyle, I realized that this character is somewhat autobiographical. Watson is the first person narrator in most of the Sherlock Holmes tales. I believe this equates to Doyle telling the story himself through Watson.

What struck me as I made my way through the Sherlock Holmes stories is how masterful Doyle was at making the complex deductive process that Holmes employs seem simple to the reader and, by extension, Dr. Watson. He will make an observation about a character that is astonishing and comes across as a wild guess, but then deconstructs the process he went through to make the deduction making it sound so simple that anyone should have been able to deduce the conclusion.

I also like that Doyle’s characters have flaws. Both Holmes and Watson were prone to depression. Holmes was also a drug addict. It resonates with me that Doyle made Holmes a musician. This is something that I’ve done with my own private detective character. 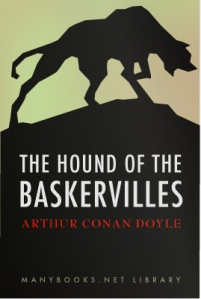 Doyle was not always enamored with his Sherlock Holmes character and threatened to, and actually did, kill him off in one of his works. Outraged fans, however, convinced him to resurrect Holmes in The Hound of the Baskervilles, one of Doyle’s most famous works, in 1901. 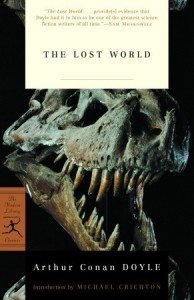 Doyle’s life away from writing was fascinating as he was a political activist, good friend to Harry Houdini, follower of spiritualism and an intermittent Freemason who resigned, rejoined, and resigned again from the society.

As I look at the life of this fascinating man and pioneer in the genre of crime/detective fiction, I am amazed at how his work holds up today and how the standard that he set for writers in this genre is still valid nearly 150 years after his era. This is not necessarily true of other authors of that time period.

Please look for upcoming posts on other authors that I consider masters in the crime/detective fiction genre.