This week, I am very pleased to feature an interview with author and blogger Staci Troilo.

Staci is a very supportive blogger and an excellent author. I hope you enjoy learning more about her in this week’s interview.

If you are an author, and would like to be featured in my interview series, I have spots open beginning in mid-October. Please email me at don@donmassenzio.com and you can join the >200 authors that have been featured this far in my author directory.

I know there are a lot of people who write to market. I’m not good at that. LitRPG is huge right now, and I don’t know enough about it to do the genre justice. Nor do I have the time to try. I believe the adage that every story has been told before, but it’s up to the writer to find a fresh take. So, in that sense, I think all writers try to be original. But basically, I write the stories that interest me from the ideas that grab me by the throat and won’t let go. Hopefully those things are original enough and interesting enough that readers want to read them as much as I want to write them.

Embrace marketing. Gone are the days where writers wrote and nothing else. We can’t be reclusive anymore. We need social media and speaking platforms. Sometimes I regret taking time for these things because they take time away from writing. But if we aren’t making an effort to interact with our readers, we won’t have any.

Anything with the word “favorite” in it makes me nervous. How to pick one of anything when there are so many choices out there? My list is long and varied, mostly with indie authors and authors with smaller presses, and you can find my reviews of many of them on my blog. (I don’t want to state any by name because I’m sure I’ll forget some and I don’t want to hurt people because I excluded them.)

I do read them, though not as often as I used to. The good ones always warm my heart and reaffirm my decision to be a writer. The bad ones I carefully consider. Are the comments opinion or fact? If fact (for example, typos), I act the publisher to make changes. If opinion, I consider them. Sometimes I agree, sometimes I don’t. The ones I agree with I take seriously and make an effort to improve in future works (if possible, I’ll ask the publisher to revise those, too). The ones I don’t agree with I try to forget.

I do. Mostly names (first or last, but never both together) of people I love to give them a little bit of immortality. The other things people would easily recognize, like places I’ve been or recipes I’ve made, so they’re not really “secrets” so much as me showing my appreciation of those things.

Occasionally I search for my name online. I want to be sure nothing negative comes up that would affect my brand. (Not that I do anything scandalous that would.) I usually find only my work and my social media posts there, but occasionally I find pirated copies of my stories. I used to be vigilant about requesting their removal from those sites, but I never had much success with that and I have neither the time nor the resources to sue all of those people. It’s a shame artists are being taken advantage of like that, though. 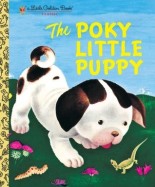 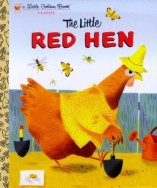 There’s that F-word again. I had a lot of favorites, and they changed with my age. Some, and I stress some, included The Poky Little Puppy, The Little Red Hen, Fox in Socks, The Velveteen Rabbit, nursery rhyme books, fairytales, Caddie Woodlawn, and the Trixie Belden books. (I read a lot.)

I wouldn’t major in writing in college. Sounds counter-productive, I know. But writing was always a strength of mine. I think with a little extra effort (and joining a critique group sooner), I would have learned the finer points of fiction writing without college classes. If I’d majored in one of my other interests instead (archaeology, architecture, medicine, law), I’d have much less research to do when I write my stories. I’m blessed that I have family members in many of my fields of interest, though, so what might require hours of legwork can be handled with a quick phone call or email.

In the last year or so, I’ve really amped up my writing speed. Now I average five thousand words a day. I’ve written over ten thousand when necessary to meet deadlines or when I really hit my groove. So I’m at the point now where, if I’m not editing for clients or working on marketing, I can complete a first draft in under a month (writing five days a week).

Protection is safety. Until it stifles.

After months of clandestine battles, the Brothers of the Medici Protectorate finally know who is responsible for the assassination attempts on the Notaro family, the secret descendants of the Medici line. And they’ve never faced such a formidable foe.

Roberto Cozza–Coz–faces this new reality with surprising pragmatism. His powers may make the difference in winning their covert war–if only he can master them in time. It would just be so much easier if he could get his emotions under control, but neither his Brothers nor their charges are making things easy on him.

Toni Notaro appreciates the security provided by the Brothers, but she knows she has her own role to play–and it terrifies her. She is the missing link in Coz mastering his emerging abilities, yet she struggles to bridge the gap between what he needs and what she can offer.

As the Brotherhood hurtles inexorably toward the climactic final showdown, Coz and Toni must find the strength within themselves and each other to master the secrets of his powers, or risk death and defeat for all they hold dear.

Staci Troilo writes because she has hundreds of stories in her head. She publishes because people told her she should share them. She’s a multi-genre author whose love for writing is only surpassed by her love for family and friends, and that relationship-centric focus is featured in her work.