I remember reading an interview with Stephen King where he said that the single most hated question that he receives from fans and critics is, “where do you get your ideas?” His snarky answer, after being asked the question countless times was, “I have a big box in the basement labeled ‘ideas’ that I go to every time I write a book or a story.”

Blood Orange is my fourth book. My previous three books were detective novels. The ideas for those books mostly came from my imagination with specific real life people forming composites that became each character. With Blood Orange, the story came to me from a different source. A good friend of mine from high school who may or may not admit to being in the marching band with me, but would definitely admit to a long and distinguished career in the US Navy, reached out to me after reading one of my books. He had a story idea rattling around in his head for a while. He went as far as contact Clive Cussler to see if he was interested. He received a handwritten note back from Mr. Cussler telling him that the story idea was a good one, but he did not take unsolicited story ideas and was quite busy with many works in progress.

I was intrigued by my friend, Brian Fogarty’s idea. It appealed to me on two levels. First, we are from the same hometown, Syracuse, New York. Syracuse is known for two things, snow and college basketball. I moved from Syracuse to Florida 20 years ago and I miss one of those things, but the other, not so much. College basketball was a passion that got us through the long winters. We lived and died with our team. The premise in the book, from which I published an excerpt in my previous blog, describes the Syracuse basketball fan’s ultimate dream; Syracuse playing Duke in the championship game which miraculously takes place in the Carrier Dome, the iconic Syracuse Basketball arena. The book builds up this dream and then shatters it.

The second aspect of the story builds upon a factual historical event that took place in Syracuse nearly 100 years ago. At that time, World War I was nearing its end. The manufacture of munitions and gun powder in the U.S. was extremely important to the war effort. In July of 1918, a horrific tragedy took place at a munitions plant called Split Rock in what is now the Camillus area of Syracuse. Brian’s brilliant idea was to take that tragedy and turn it into something more sinister and conspiratorial. Without giving away the premise, we did this and then tied the original, factual tragedy to the modern day potential tragedy.

It involved taking something very positive that occurred in a community and turning it into an unspeakable tragedy. It was both an interesting and painful journey to take. While researching many of the terrorist aspects of the book, I waited to hear the knock on the door from the NSA looking to seize my computers. It was also concerning how much information is readily available on the Internet regarding terrorism tactics.

For all it’s worth, Blood Orange was a very personal journey that was rewarding because I got to collaborate with a distinguished veteran who also happens to be a friend. I also was able to write about my hometown and hopefully jinx any kind of tragedy from happening there by writing about it.

As always, your comments and feedback are welcome.

Don Massenzio was born in Syracuse, New York, to first generation Italian-American parents. He is an avid reader. Some of his favorite authors include Harlan Coben, David Morrell, Stephen King, and Hugh Howey. His favorite book of all time is ‘To Kill a Mockingbird’.

Don began writing as a way to combat the long hours of travel and numerous hotel stays that are part of the ‘glamorous’ world of corporate travel. He uses writing as a therapeutic outlet. He recently took the jump to sharing his work with others.

His first published long work is the novel, Frankly Speaking. It is the first of a series of books focused on the character, Frank Rozzani, a Florida private detective. The book is a throwback to the days of pulp detective novels with a tip of the hat to Jim Rockford from 70’s television and The Rockford Files.

The second Frank Rozzani detective novel, Let Me Be Frank is now available. His third book in the Frank Rozzani series was released on April 24th, 2015 and is available on Amazon.com in both Kindle and Paperback formats.

Are you looking to curl up with a cozy mystery during this long cold Winter? My newest book, Let Me Be Frank, the 2nd in the Frank Rozzani Detective Series will warm you up. Frank is an ex-cop from Syracuse in Upstate New York who migrated south after a terrible personal tragedy. He settled near the ocean in Jacksonville, Florida and solves cases that come to him from the local community.

In this adventure, a young girl is murdered. The police believe she was homeless, but Frank discovers that she has ties to a long-buried family conflict.

Follow Frank and Jonesy as they travel to New Orleans and other locations on the Gulf coast to solve this crime. The secrets they uncover will change their lives and the lives of those around them.
Now available in Kindle and Paperback formats from Amazon 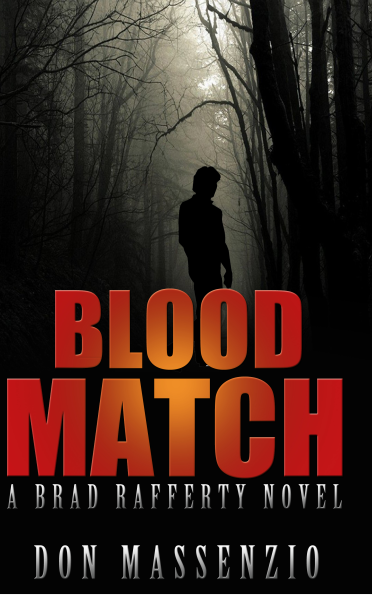