For those of you that follow my blog, you may remember that my family and I took a fantastic, once-in-a-lifetime trip to Italy this past summer. I wrote an eight part series on the trip soon after we returned to the US. You can find that series HERE.

Knowing that this trip would be extra special and that I would have access to some of the oldest churches in Europe in a behind-the-scenes way as we performed with the choir across four Italian cities, I realized that it was also a once-in-a-lifetime to do research for a book. I’m currently finishing up one book and will begin working on the book that is based on this trip soon. I’m very excited, but also nervous to see if my research during the trip will pay off.

I planned ahead of time for how I would go about this research. Some things worked well, some did not.

I thought I would use this post to document my approach. Here are the things that I planned to do and how they turned out: 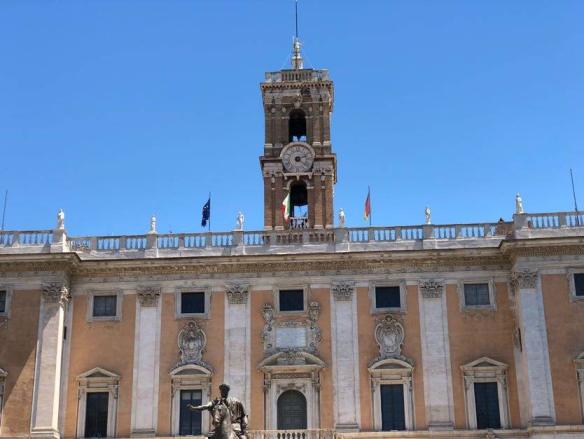 This started out well. I took many photographs the first two days on the trip. We spent those days in Rome. Day one we actually did a walking tour which was more like the walking dead as we had taken off from JFK airport in New York the previous night and landed in the early morning local time in Italy with little to no sleep.

I persevered, however, and took photos whenever and wherever I could. we walked past the ancient ruins that dot the cityscape of Rome and even stopped for a photo in front of the Massenzio Basilica. The tour ended at the Colosseum which was an architectural marvel considering it was built nearly 2,000 years ago.

This plan fizzled on day two. We were standing in a massive line to tour the Vatican Museums and it was very hot. I stepped out of line to sit down for a couple of minutes and when I returned to the line and went through security, I realized that I left my cell phone, the source of all my photos, where I was sitting. I went back to search, but did not find it. The photos I had taken the first day were uploaded to the cloud, but the phone was gone for good.

I had to rely on the wonderful photos that everyone else took for the rest of the week. I still have the collective of everyone’s photos that will help me as I begin laying out my book and write about the settings.

This part of my trip research was much more successful. I bought an inexpensive Chrome Book for the purpose of writing while I travel. This turned out to be a great tool during the trip. It has a long battery life. We had some significant bus trips between cities and the small computer was perfect to set up and jot down notes as the tour guide told us about the areas we were passing through. It was also a great way to document what we were told about the areas that we toured.

Our bus had WiFi service which made it easy to Google things that I had questions on. For instance, one of the central historical figures in my book will be St. Francis of Assisi. My main character in my detective novels, Frank Rozzani, was named after this patron saint for many Italians. The various tour guides that told his story differed on some key points of his life. Sources on the Internet along with books I purchased (see the next section) helped me to straighten out the story. Francis’ story will be a key element of the book that will, hopefully, emerge from this trip.

The notes I took on this trip will be fun to revisit when I begin working on the book.

There were some areas and individuals in Italian history that were so rich in detail that I had to purchase books to help me research these topics with more depth. I mentioned St. Francis. I purchased a book on his life along with the life of St. Anthony, another interesting historical figure. As for cities we toured, Rome and Florence were so breathtaking in terms of history, there was no way I would be able to capture everything in my notes.

Putting it All Together

As I look back on the trip, nearly eight months later, I will begin the task of dovetailing the details of the trip with the plot of the story. I actually began and fleshed out a fairly decent outline (out of character for me) on the trip. I’ll see how that holds up and will keep you apprised of the process along the way.

So, what about you? Have any of you used a trip as a source of research for a book? What sources and techniques have you used? Your comments are welcome.

15 thoughts on “Research While You Travel”