Check out this post from Stephen Dennstedt’s blog with the topic: Photography 101: Art and Controversy

Expat Journal: Postcards from the Edge 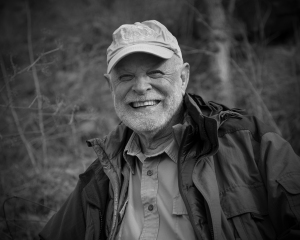 Art has always been controversial. It’s both subjective and open to interpretation. Michelangelo di Lodovico Buonarroti Simoni (or simply Michelangelo) was constantly at war with His Holiness the Pope and the Vatican—likewise Leonardo.

Leonardo di ser Piero da Vinci was no stranger to controversy. Pick an art form and you will quickly discover controversy. Painters, writers, dancers, musicians and even photographers all fall victim to controversy—human nature at work.

Controversy ranges from simple disagreement to all out violence—folks can be very opinionated about their opinions. Crikey—to see examples of full-blown controversy visit any photography forum, group, blog or vlog and read through the comments. Everyone seems to have an opinion—from so-called purists to give-a-shit rebels. Much of it steeped in ignorance. One common photography myth is that Ansel Adams was a purist (whatever that means) and he is held up as the poster child for photo purism…

2 thoughts on “Photography 101: Art and Controversy”