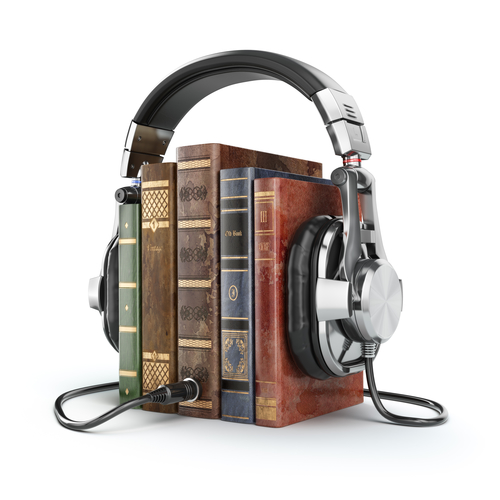 In a recent post, I described the process for striking out on your own and recording an audiobook. As I mentioned in that post (found here), I originally went down this post and didn’t like my result because of the quality of my voice.

The route that I took instead, was to use a professional voice actor and create my audiobook through ACX, Amazon’s audiobook platform.

This three part series will describe, in some detail, the process that I went through to create my first of two audiobooks. I hope you find it helpful.

This part of the process turned out to be a no-brainer. I was skeptical at first, however, because I had tried the exact same tactics in the past with no positive results. The overwhelming suggestion for a platform was to use acx.com. ACX is another one of those content publishing companies owned by Amazon. Amazon seems to own everything these days, but they also do a lot of things well. ACX is one of their stellar offerings. ACX is a sales portal for audio books, but it’s also a community where voice actors and authors can get together and collaborate.

There are two ways to ‘hook up’ with a voice actor on ACX. One is to listen to audio samples of the many authors that are listed on the site. You can kick this off by initiating a search.

Voice actors (producers) can be searched by clicking the link that reads ‘Producers for Hire’. This will bring you to a screen with initial results as shown below:

As you can see, there are tens of thousands of samples to choose from. You can use the list of filters, however, to hone in on the type of voice actor you are looking for. You can filter by the obvious categories of genre, gender and language. One thing that makes ACX so useful is that you can also pick particular accents, voice ages, vocal styles, etc. You can really narrow down your list and submit proposals to the voice actors you like.

As you can see from the screen shot below, the filters can really help you be specific. There are many filter selections within each category and you can select multiples. You can narrow down to very few voice actors and listen to sample audio from each.

Once you’ve narrowed down your selections and found a voice actor or actors that you like, you can look at his/her profile. The screen below is a profile view with the picture of the voice actor and some details redacted to protect privacy.

As you can see, it shows a summary of experience and billing terms. This particular voice actor is available for $50 – $100 dollars per finished hour (PFH). That means you don’t get charged for his studio time, only the duration of the finished product. The cool thing is, ACX will take the number of words in your manuscript and estimate the time so that you know how much to budget if you are going the route of paying by the hour. A 6 hour novel, for instance, would cost somewhere in the range of $300 – $600 with this voice actor.

Some voice actors will also record your audio book for a share in the royalties. When you have this type of arrangement, you pay nothing to the voice actor directly. Once your book goes on sale, you then split the royalties 50/50 for the life of your audio book. This type of arrangement was appealing to me as I started out with my first book. I just wanted to get one on the market. Hopefully, in the future, I’ll have $100s of dollars budgeted for this, but that’s not where I’m at in my writing career at present.

In this scenario, you can send a proposal to the voice actor(s) you prefer and they can either accept or reject it. You can set a deadline for a response and consider a lack of response a rejection to move things along.

The second way to connect with a voice actor is to put a sample of your manuscript on ACX for audition. This is a great method for indie authors as we might not have as much ‘juice’ in enticing an experienced voice actor to work on their project. You have two choices here. You can either budget the money and pay the voice actor a flat per finished hour fee, or you can hope that your book has enough potential in the eyes of the voice actor to entice them to audition. The great thing is that, because ACX is connected to Amazon, it automatically pulls the reviews in and gives the voice actor a snapshot of your book.

Here is an image of my book’s synopsis as I put it up for audition on ACX:

You can see that it gives a great synopsis of the title along with the average Amazon rating, a link to view it on Amazon, along with some of the voice actor preferences that I selected when I put it on ACX. There is also a section where you can tell the voice actor more about the book. I chose to let them know it was a multi-book series to pique their interest in producing the subsequent books.

Once you have your book posted for potential auditions, the next step is very difficult. You have to wait. Waiting for someone to audition is hard. My advice would be, if you don’t get auditions right away, tweak your posting to widen your potential pool of voice actors that will submit an audition.

The strategy that I used was to post two books. I first posted Blood Orange, my terrorism thriller. This book had the most positive critical acclaim and, in my view, the most potential for expanded sales. I also posted my first book, Frankly Speaking, shown above. This book has the widest distribution and most reviews on Amazon of all of my books.

I posted Frankly Speaking many months ago on ACX, before it had received the distribution and reviews and didn’t receive any auditions, so I was a bit nervous. This time, however, was much different. Within 24 hours, I received auditions for both books. Not single auditions, but multiple ones. I was also pleased to see that the voice actor that auditioned, and was ultimately selected for Blood Orange was an experienced producer with multiple credits. I listened to the auditions. I actually had the luxury of rejecting a couple of the Frankly Speaking auditions, but ultimately selected a fairly new voice actor with many years of radio experience.

I hope this has been an helpful post. In the second part of this series, I’ll talk about the production process and putting my first audio book up for sale.

Your comments and questions are most welcome.