This post will drill down into a topic with which I struggled in my early writing. That topic is dialog; when to use it, how to use it, what to avoid, etc.

Before I dive into this topic, I wanted to give a special shout out to my editor who not only reminded me that the punctuation goes inside of the quotation marks, but constantly reminded me that I should “show vs. tell” and sent me links to writing tips to help my early writing.

This is one of the hardest paradigm shifts that I had to deal with. I come from a technical, corporate world. This background has affected my writing. I can write narrative and describe business and technical situations very effectively. When writing fiction, however, using too much narrative can come across as dry and uninteresting. It’s much more effective to let your characters tell the story through their conversations.

Sometimes narrative can be effective if you’re describing the surroundings or a complex situation. I’ve read books by authors like Tom Clancy and Dan Koontz. Koontz is famous for taking three pages to describe a single tree that his character is passing (maybe a slight exaggeration). Tom Clancy spent pages and pages of his books describing the movements of a military exercise. I have literally skipped 10-20 pages of his books in this type of section and have not missed a single element of the plot. The point here is to look at the narrative you’ve written and determine if it can be better told by your characters through their conversations. 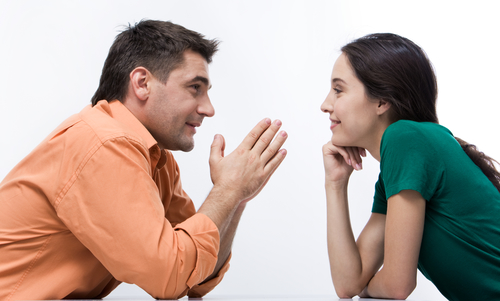 Dialog is meant to simulate an actual conversation between individuals. With this in mind, try to make your dialog sound authentic. People speak in contractions, for instance. Look for “Do not” and make it “Don’t”. Change “Is not” to “Isn’t”. You get the idea.

Also, if your character is from a certain part of the country where there may be specific vernacular or idioms in the language, be aware of this and make it part of your dialog so the reader can feel the authenticity in what is being said. Be consistent, however. Don’t wander in and out of an accent or regional dialog. Your readers will spot it and you will lose credibility.

I’ve seen some articles that have said you shouldn’t try to write in a dialect or accent. I’m not sure if this is valid in terms of reality. If you have characters from the deep south or Cajun country and they don’t speak with somewhat of an accent or use colloquialisms, you may lose some credibility. Similarly, you can use certain words to indicate the character’s level of intellect or education.

Remember, it’s a conversation. In real conversation people interrupt each other and say things without thinking. Your characters have to do this as well. I find that, when I’m writing dialog, I sometimes get lost in the characters and surprise myself with what they’ve said when I finish writing a section. Just let it flow and worry about punctuation and dialog tags when you’re done. 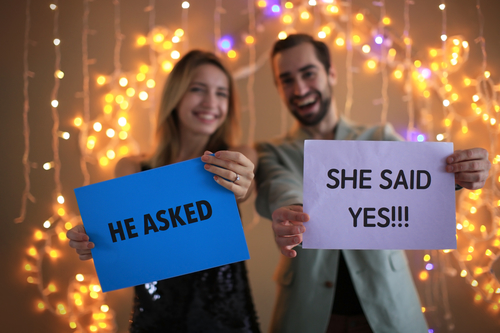 When I look back at my early writing (before it was edited) I see that I was obsessed with telling the reader who was speaking. As I’ve written more dialog, I have realized that a lot of these dialog tags were unnecessary. This is especially true when you only have two characters in the conversation. If John and Joe are speaking you don’t need to tell the reader who is speaking after each sentence.

“Who was that girl?” Joe asked.

“I think that was Bertha from accounting,” John replied.

“Is she single?” Joe asked.

“I don’t know, but I think you should take one for the team and find out,” John said.

Joe saw John staring at the new girl as she passed. Finally, he decided to talk to John and find out who she was.

“Who was that girl?”

“I think that was Bertha from accounting.”

“I don’t know, but I think you should take one for the team and find out.”

“Okay. I’ll ask her out to lunch and then we’ll know for sure.”

The introductory sentence sets up who is initiating the conversation. From there, it’s just a back and forth. If the dialog is long, you can describe the characters’ actions or facial expressions to get the reader back on track with regard to who’s speaking. If you have more than two people, it becomes more important to use dialog tags. Use your best judgement. The best approach might be to leave all dialog tags out, read your dialog, and add in tags where you think the speaker is not clearly identified.

Adverbs can make your reader feel stupid and make you look like Captain Obvious when you use them in your writing. Those pesky words that end in “ly” are a crutch that lazy writers use in their dialog and they should be avoided.

Look at the following dialog as an example of what not to do:

Jim punched Jeff in the nose.

“Why did you hit me?” Jeff asked angrily.

“Because you needed to be hit,” Jim responded smugly.

“Well, that just cost you your job,” Jeff said strongly.

Now that’s an ugly exchange in more ways than one. Let’s try a more creative approach:

Jim punched Jeff in the nose.

“Why did you hit me?” Jeff said while rubbing his nose. His voice rose in volume as he questioned the actions of his long-time employee.

“Because you needed to be hit,” Jim answered as a grin emerged on his face. His voice was calm and confident.

“Well, that just cost you your job,” Jeff said as he straightened his tie and dabbed at his nose with a tissue.

You can see that there is more descriptive language. Remember that conversation between humans involves body language as much as spoken word. Describe what that body language looks like. It will convey the emotions in play.

I’m sure there are more tips concerning dialog. The beautiful thing is that, as writers, we should never stop learning and growing in the craft. I learn something with every book and short story that I write. I also learn a lot about dialog through reading the work of other authors that do it well like Elmore Leonard, Harper Lee, and John Steinbeck.