On a side note, though the initial response was gratifying, I find myself running out of interview subjects by mid-September. If you haven’t been interviewed, or even if you have and you have a new release coming out, please feel free to contact me to be interviewed at don@donmassenzio.com. I will send you the information and get you scheduled.

You can check out the 210 author interviews I’ve conducted thus far on my Author Directory page HERE.

I don’t really intentionally set out to do either, though I’d say I’m more likely to try to be original than to try and give readers what they want.

I obviously hope my stories and poems are what readers want, because then they’ll buy them, read them, and – if I’m really lucky – enjoy them enough to tell their friends and family about them. But I write what I want/need to write.

I don’t base my writing projects around what topics and themes are popular right now, or worry about writing in a genre that generally sells best.

I’d tell little me not to throw any stories or poems away, and to put them all somewhere safe. Preferably somewhere safe enough that I could have access to them now, but not so safe they couldn’t be found again.

I had access to some of my old pieces of writing, but a lot more wasn’t kept safe, so is lost forever. This makes me a little sad. Even if some of it may not have been able to be used, I may have been able to use parts of it, or do what I did with the stuff I did have, and revise it so it did work.

For example, ‘Isabelle’s Runaway Racehorse’ is based on a story called ‘Running Away’ that I had a copy of from when I was ten. The original version was good for a child, but not great. So I revised it, published it, and have had some positive feedback from it.

I did something similar with what I had of my old poems, which you can find among the first four poetry collections I published (along with a couple of newer ones I slipped in among the old stuff).

It makes me wonder how many more stories and poems with potential I might have had to work with had I been more careful with my pieces of creative writing when I was younger. 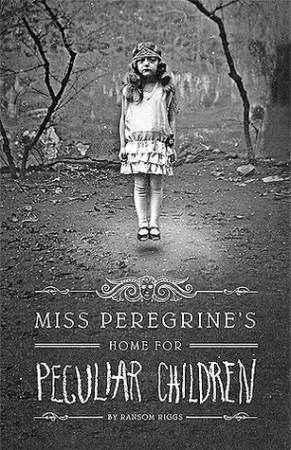 This is a tricky one, since I’m not very good at picking a favorite for most things. But, as it happens, I read a list called ’27 under-appreciated books that everyone should read’ recently, and there were two on it I’d read and enjoyed, so I guess I’m going to have to go with those books.

One was ‘The Wasp Factory’ by Iain Banks, and the other was ‘Miss Peregrine’s Home for Peculiar Children’ by Ransom Riggs. The latter is one I especially enjoyed, and would be the one I’d pick as my favorite of the two if you really insist I must choose just one book.

I don’t intentionally go looking for reviews of my books, unless I’ve given a review copy to someone and they said their review was up for me to read. But I read any I see.

Regardless of whether they’re good or bad, I ‘like’ them if they’re on Goodreads, thank the person if I’ve been in direct contact with them beforehand, but otherwise don’t interact with them. I also check all reviews – good or bad – for anything I can use to improve my writing later.

Plus, I’ll either excitedly or sulkily – depending on if the review is good or bad – tell my hubby and Mam about the review. If it’s a particularly fantastic one, or a particularly bad one, I’ll also tell some of my other family members or friends.

That’s about it. Well, other than the fact I might have a bit of a sulk if the review is a bad one. I keep my sulking private though (as in, I don’t post about it on my blog and social media). I might buy myself something if I’m feeling really bad about the review too… Just to make me feel better, because everyone loves presents!

No. Not intentionally. If I put something in my stories intentionally, I admit to doing so. Once I’ve told everyone about it, it’s no longer a secret, is it?

No. At least, not these days. I Googled myself a lot when I first started publishing my books, but got bored of doing it after a while.

I’ve always had a lot of favourite books, because I’ve always loved to read. But my main favourites were ‘A Little Princess’ by Frances Hodgson Burnett, and ‘Matilda’ by Roald Dahl, along with anything by Bonnie Bryant, Enid Blyton, Hans Christian Anderson, and Monica Dickens, among others. I still love those books today, especially ‘A Little Princess’ (I love the movies for that one too).

Try harder with spelling. Seriously, my spelling sucks! You’d think I’d be great at it since I’ve spent more of my life either reading or writing than doing anything else. I even read a dictionary. Yet, though my spelling is much improved these days, I still struggle with it sometimes, and spend more time than I really should needing to look up how to spell things.

The whole American vs. English spelling thing confuses me sometimes. But that’s not the real issue. Nor can I place the blame on the confusion caused by my early education being mainly in Welsh, where you can always figure out how to spell a word, as long as you can say it, just by sounding it out – not always the case in English – as much as I’d like to blame that. The real problem is that I relied too heavily on the spellchecker option of the computer I was given to do my schoolwork on due to my poor eyesight making it impossible for teachers to read my handwriting. I mean, why worry how things are spelled when the computer can figure it out for you, and all it takes is a few taps of certain keys, right?

Let that be a warning to those reading this that have children: don’t let them rely on technology for all their schoolwork, especially when it comes to learning spelling. They might hate you for it now, but make them learn those spelling lists, because they’ll benefit from it later.

How long’s a piece of string?

How long it takes me to write a book depends on several things, including – but not limited to – whether it’s a story or a poetry collection, the length of it, whether it’s my main writing project or one of my side projects, how well the words are flowing, how much research is required, and what else is going on in my life that might reduce my writing time. That’s just the considerations for the first draft. Once you get in to revisions, and all the things involved in getting it ready for publication, you have a whole bunch of other things to consider. But I won’t go in to those.

For the first couple of years I was publishing, I was able to publish an average of a book a month. But this was mainly because I had a production line of various books in various stages of being done, some of them old stories and poems I was just revising, which were published in the gaps between newer works.

I don’t have any old stuff to fall back on now, but I’m still not really sure how to answer the question about how long it takes me to write a book. I’ve had times where I can sit down and have a first draft written in just a few hours, and times when it’s taken me months and months just to get a rough draft written. Then there are the poems, where I will sometimes write several in one day, and other times go weeks without writing a single poem.

For example, I have a story I say was both the easiest and most difficult to write. Easiest because I knew so clearly what I wanted to say that it was written, revised, edited, formatted, and published, within a month. Most difficult, because it’s the final book in my ‘Kero’s World’ series, and is my goodbye to my beloved dog, so I spent the entire time I was working on it in tears. It was also my main focus during that time. Every other project was put on hold until it was done.

At the other end of the scale, I’ve got another writing project that’s taken longer already than any of my other books have taken me in the past. I started working on the pirate adventure story I’m currently writing last year some time, and I’m still not even close to being done. Partially because it’s one of my longer books, partially because it requires me to do a bit more research than most of my previous books have required (and I get distracted by shiny new knowledge) and partially because I’ve been dealing with other things – writing related and otherwise – while working on it. I mean, I’ve published four other books I accidentally ended up working on instead since I started working on this one, got a large chunk of my backlist available in audio, and spent some time in hospital too.

“Noodles is a strange red creature with a squeaker in his tummy, who just happens to be the favourite toy of a West Highland White Terrier named Lilie. At least, he is now, since the bushytailed squirrel and cuddly triceratops fell apart while she was playing with them – totally not her fault, by the way!

Lilie’s sure she left Noodles on the living room floor when she went walkies. But when she comes home and goes to fetch him so they can have a nap together, Noodles isn’t there.

Where’s Noodles? Is he somewhere else, or is he lost forever?”

Available in multiple eBook formats, with paperback and audio versions planned for the near future.

Victoria Zigler is a blind poet and children’s author who was born and raised in the Black Mountains of Wales, UK, and is now living on the South-East coast of England, UK, with her hubby and furkids. Victoria – or Tori, if you prefer – has been writing since she knew how, and describes herself as a combination of Hermione Granger and Luna Lovegood from the Harry Potter books: Hermione’s thirst for knowledge and love of books, combined with Luna’s wandering mind and alternative way of looking at the world. She has a wide variety of interests, designed to exercise both the creative and logical sides of her brain, and dabbles in them at random depending on what she feels like doing at any given time.

To date, Tori has published nine poetry books and more than 40 children’s books, with more planned for the future. She makes her books available in multiple eBook formats, as well as in both paperback and audio. She’s also contributed a story to the sci-fi and fantasy anthology Wyrd Worlds II, which is available in eBook only.