The old phrase is that you shouldn’t judge a book by its cover, but if that were true a significant chunk of the marketing industry wouldn’t exist. We absolutely judge books by their covers, and when it’s a question of the race of your main characters, there’s a good chance that people of color are going to get whitewashed. How likely is that? Is there anything you can do about it? Let’s explore the ins and outs of the subject.

Author Control of Book Covers
It’s important to know that in the major publishers an author has virtually no say about the cover image of his or her book. Even someone as famous and established as Anne Rice has thrown up her hands and declared herself powerless when fans complained about the cover of Prince Lestat. There are entire departments at publishers who know what sort of images attract eyeballs and open wallets, and they’re the ones who decide the look of your novel. A lot of the image is based on what is selling at the moment. If you wondered why so many young adult novel covers after Twilight came out sort of looked like Twilight even if the stories were miles apart, that’s why.

Read the rest of this story, HERE.

How Wattpad Is Rewriting the Rules of Hollywood

For its 65 million unique monthly visitors, the digital literature website/social networking app Wattpad is a kind of internet safe space. It’s a nurturing, highly interactive community where its core 13- to 35-year-old readership spends around 20 billion combined minutes per month consuming and critiquing user-generated stories, in genres such as sci-fi, young-adult fiction, poetry, and horror, but also fanciful fanfic with titles like 50 Shades of Drake and Harry Styles Dirty Imagines. For Hollywood development executives, however, Wattpad has come to serve an altogether different purpose. Since launching its dedicated entertainment division Wattpad Studios two years ago, the self-publishing platform has evolved into a one-stop shop for fresh IP: an influential incubator for original storytelling with a decidedly Gen Y bent that media bosses are increasingly turning to for new TV shows, movies, and digital series.

The Rise of Indie Audiobooks

An Interview with Scott Brick 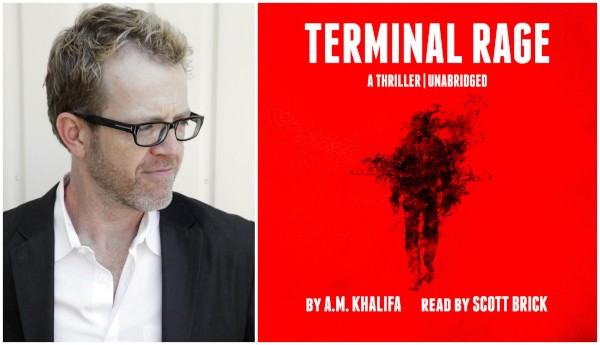 The audiobook industry is booming, with self-publishing outfits looking to carve out a piece of the growing indie market and high-profile narrators warming to working with self-published authors. Among them is audio veteran Scott Brick, who has narrated more than 850 audiobooks, most recently Terminal Rage, a self-published thriller by indie author A.M. Khalifa. We caught up with Brick—Publishers Weekly‘s Narrator of the Year in 2007—at his home in Los Angeles to talk about narration, working with indie authors, and all things audio.

You’ve narrated books by some of the most renowned authors in the world. Recently, you’ve been working with indie authors. What’s changed?

The change reflects the change in the industry. Indie publishing has become so prevalent these days and I find that exciting. My choices are driven by wanting to work with really good authors and it’s thrilling when people get in touch with me to say they’ve discovered a new author because of me. I am also a fan first and foremost. Most of the new authors coming out these days are indie authors, and if that’s where they are, that’s where I am going to follow.
Read the rest of this story HERE.

Behind the Counter at America’s Smallest Indie Bookstores 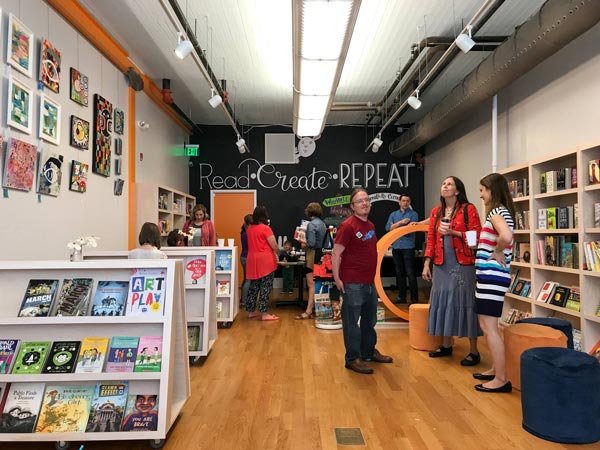 For many consumers, the words “independent bookstore” conjure an image of a small shop on a main street with books warmly displayed from floor to ceiling, the owner pausing from reading to sell a title or offer a recommendation. Though the nation’s smallest bookstores strive to generate that feeling, the realities of day-to-day business are vastly more complex and challenging for owner-operated shops.

In interviews with PW, more than a dozen owners of bookstores—most of which are smaller than 1,200 sq. ft.—described the perks of going it alone, as well as the serious obstacles they face in managing all of the aspects of running shops by themselves.

The Latest Trends in Books, Ebooks, and Audiobooks

“Who doesn’t read books in America?” asked a recent Pew Research Center report. This March 2018 update finds that adults with lower incomes are “about three times as likely as the most affluent adults to be non-book readers (36% vs. 13%)” and that those with “a high school degree or less are about five times as likely as college graduates (37% vs. 7%) to report not reading books in any format in the past year.” Non-book readership is higher among Hispanics, who “are about twice as likely as whites (38% vs. 20%) to report not having read a book in the past 12 months. But there are differences between Hispanics born inside and outside the U.S.: Roughly half (51%) of foreign-born Hispanics report not having read a book, compared with 22% of Hispanics born in the U.S.” While 28% of American adults age 50 and older reported not reading a book in the past year, it was 20% for those younger than 50.

Even more interesting is the Bureau of Labor Statistics’ most recent American Time Use Survey, which “measures the amount of time people spend doing various activities, such as paid work, childcare, volunteering, and socializing.” Data for 2017 shows a continuing decline in leisure reading—a record low 19% of Americans age 15 and older reported that they read for pleasure. The largest declines are in the 35–44 age group. Balancing this is a rise in television viewing (which is nearly 10 times the amount of time devoted to reading for pleasure). Use of social media was not aggregated in the released data. Of course, the increase in the number of mobile phones has been phenomenal—today, more than two-thirds of the world’s 7.6 billion people have these devices, due to the ready availability of affordable smartphones and data plans.

So how are changing attitudes and interests impacting book publication, sales, and readership? 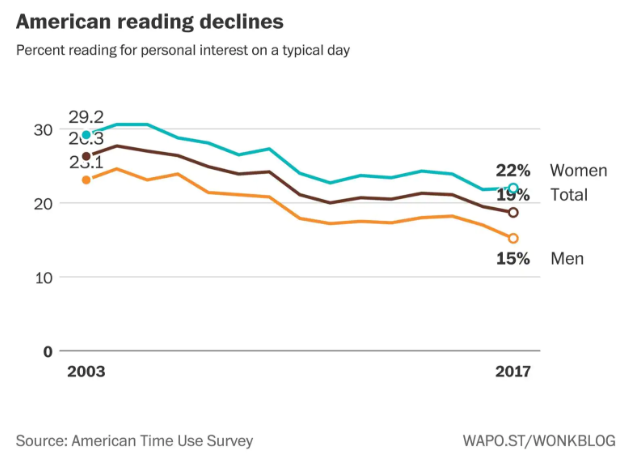