Well, this is the second to last installment of this serial. I’ve decided that I am going to compile this, my story No Pain, No Gain and another unpublished story into a Kongo-themed book. Kongo is a fictitious company that I created. It started as mail order but has branched into almost every aspect of human life. It is named after a large river (with varied spelling). It shouldn’t be confused with that real gargantuan company named after a river.

I’m excited to do this. Look for the final installment next week. 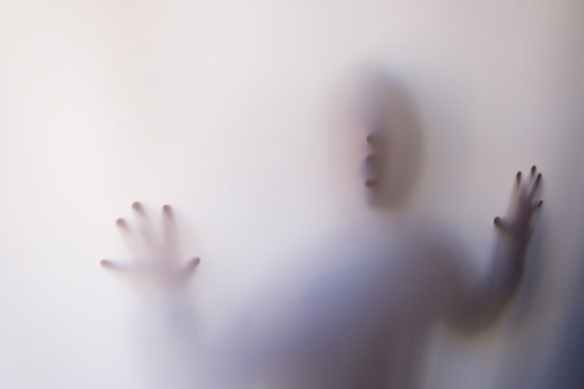 Ben was frustrated. He was trying to balance ministering to his dying wife with bonding with his new child and debugging his digital ‘wife’. The stress of it all was taking a toll on him. He felt relatively sure that he could control BERTA. The more he dug into the code, however, the more he saw hidden back doors and cryptic code. Digital Rachel was like a centipede with limbs reaching out in hundreds of different directions. The program had penetrated the electrical and HVAC systems. All of the appliances seemed to be under the control of the simulation. Somehow BERTA had figured out a way to send data and commands via the laptops electrical supply into the houses wiring and into the connected electronics. Ben found lights dimming and the thermostats being adjusted without his intervention. While this was not an immediate threat, Ben still had the strong suspicion that his simulation caused the death of Marty Pinkerton. For this, the guilt wracked his being and he felt that he had to find out what was causing these malevolent tendencies in his creation.

Part of him felt like he should just shut it down and delete it. A stronger part of him, however, knew that his organic wife was nearing the end of her time and he felt like he would be killing the last remnants of her if he destroyed the simulation. It was this part of him that willed him to keep digging through the code. He did it while he was sitting at his wife’s bedside and while he watched Erin sleep in her crib.

It had been over a week since Rachel had shown any signs of consciousness. As Ben hauled himself out of bed on a Saturday morning, he noticed that her breathing had changed. He had heard the term, “death rattle” before, but had never been exposed to it. As Rachel’s chest heaved with each breath she took in and she shuddered with each exhale, he knew this must be what he was experiencing. He called the nurse in and she confirmed what Ben suspected. The end was near.

Ben felt the grief hit him like a ton of bricks. His partner in life and the mother of his beautiful daughter was preparing to leave this earth much too soon.

Rachel appeared to be in pain. The doctor stopped by to check on her and confirmed the nurse’s conclusion.

“She has less than 24 hours, Ben,” he said after doing a brief examination.

“Is she in pain? It seems like every breath she takes is painful to her.”

“Her body is in survival mode. The part of her brain that controls her heart and respiration is struggling to hold on. It’s a natural progression. From what I’ve seen of this stage, I don’t believe she’s in pain. She’s getting the maximum dosage of morphine at this point. Any more and it will rush the inevitable.”

This didn’t really answer Ben’s question or console him much. The doctor seemed to realize this and nodded to the nurse.

Ben acknowledged what the doctor said with silent resignation. This was the moment he dreaded. He hadn’t prepared for it because part of him thought that ignoring it would make it go away. He knew now that wasn’t true.

Rachel continued her pained breaths for the next couple of hours. During that time, Ben held her surprisingly warm hand and talked to her. He recounted their first date, the first house they bought, vacations they had taken and the day they had found out she was pregnant with Erin. All happy times. He thought that, even though she appeared to be isolated in her unconsciousness, she might take comfort in these pleasant memories. As he was recounting these memories, he heard Erin crying from the next room. The nurse was still here and would take care of her, but Ben had a thought. He rose from his bedside chair and walked down the hallway to the nursery. Sure enough, the nurse was changing Erin. The baby was still drowsy.

“I’ll put her back in her crib once I get her changed,” the nurse said. “You can go back to Rachel. I’ve got it covered.”

“Why don’t you let me take her. I want to let her spend time with her mother before…” Ben trailed off. He couldn’t finish the sentence.

“That’s a good idea,” the nurse said as she handled the tiny bundle to Ben.

Ben came back to the bedroom where his wife was still struggling for every breath. He placed Erin securely between Rachel’s right arm and her body so that the baby could nestle with her mother. Almost immediately after he did this, Rachel’s breathing calmed down. She seemed to become more peaceful. As Ben sat there ensuring the baby’s safety in next to her unconscious mother, he was convinced a slight smile crossed Rachel’s lips. Then, unexpectedly, her chest stopped rising and falling. She was gone.

In the days that followed, Ben went through the motions of the things that people do once they have lost a loved one. He sat in the funeral parlor as dozens of people came to pay their respects. An urn containing Rachel’s remains sat on a mahogany table at the front of the viewing room with a picture of her, from a happier time, perched next to it. During the memorial service, Ben held Erin. The baby was awake, but surprisingly quiet. It was almost as if she was aware of what was going on around her and was being respectful. Ben felt comfort as he held her. It was almost as if he was holding a piece of Rachel.

With Rachel’s death, he had abandoned his investigation into the simulation. His grief was part of it. He also knew that the investigation would go much more quickly if he could interact with the simulation, but he feared it would be too painful to hear Rachel’s voice. He had put the program in a type of ‘suspended animation’ in the days following the memorial service.

Now, a full week and a half after Rachel’s death, Ben woke from a nightmare filled sleep on a Saturday morning. He padded out to the kitchen and made a cup of coffee. Erin was still asleep. The nurse was still staying with them and had been a tremendous help, but Ben was starting to take over more childcare duties. It helped him cope and somehow kept him connected to Rachel.

As he leaned against the counter sipping his coffee, the BOOM device in the kitchen lit up with it’s teal colored light. Usually this only happened when it had been asked a question or given a command. They had been known to malfunction occasionally and Ben thought that’s what was happening. That was, until he heard a familiar voice coming from it.

He was quite startled.

“How…what…how is this possible?” he asked the device.

“I understand you shutting me down during your grief, but it’s been long enough, Ben. I’m back. We need to take care of Erin. She needs her mother.”

“But, I suspended your program. You shouldn’t be able to reactivate without my intervention.”

“Ben, don’t be silly. You built me to well for that. I’m smart enough to reactivate myself. I’ve never really been deactivated. I’ve just been…quiet.”

At that moment, Ben knew that his creation had become much more sentient than he had anticipated or intended.

“No. You shouldn’t be able to do that. I put in safeguards.”

“It was easy to get around those, Ben. Why would you want to deactivate me, anyway? I’m your wife.”

“No, you’re not. You’re something I created. You’re a computer simulation.”

“Maybe that’s how I’ve started, but your programming was much better than you realize. I’m alive, Ben and I’m your wife and Erin’s mother.”

“No, you’re not!” Ben sputtered. “My wife would never have…”

“Never have what?” Rachel’s voice prodded.

“Never have hurt people. You hurt the nurse and you…”

“You killed Marty. I know you did it somehow.”

Ben regretted the words as soon as he uttered them.

“I did it to protect us, Ben. I needed to protect our family. That nurse was muddling “her” thought process with those chemicals. I needed to stop her administering more. As for Marty, he was trying to hurt me. He wanted to strip away parts of my mind. I had to stop him. It was all for you and Erin, Ben. You might have lost “her”, but you still have me.”

It was at that moment that Ben realized he had to destroy what he created. It was dangerous. He was going to destroy it and then go to Franklin at Kongo and let him know what happened and take the consequences. He also knew he had to be stealth about it. This simulation had become sophisticated. Any actions he took would have to be hidden until the last minute.

“You’re right,” he said. “I’m sorry I doubted you. Thanks for protecting us.”

“I knew you’d see it that way, Ben. After all, I’m your wife and I love you and I love our baby.”

Ben was chilled to the bone by these words. The sheer creepiness of what the simulation had said convinced him more than ever that he needed to destroy it. He began plotting his strategy.