It’s time for the next subject for my 2018 author interview series. Author interviews are posted every Friday throughout the year.

I am honored to continue this series with author, artist, musician and blogger Nicholas T. Davis

Nick and I graduated from high school together and I’m excited to have him participate in my interview series this week with his new book.

You can catch up with all of my past author interviews (nearly 200) on my Author Directory page.

If you’re an author interested in being interviewed in this series, I still have limited spots available for 2018. You can email me at don@donmassenzio.com

I try to be original but am always willing to listen to my readers if they think I can improve something in a story.

The Martian Chronicles, by Ray Bradbury. I always felt it wasn’t respected for the great piece of science fiction it is. The television miniseries failed to do it justice.

I read my reviews, and I deal with bad reviews by not giving in to criticism. You can’t let a bad review burst your bubble. If you write a halfway decent book, you’ll end up with more good than bad.

In either my science fiction series, or my fantasy series, I often use foreshadowing as a way to link a fact to the next book of the series.

Who doesn’t do this? There’s something about seeing your name on a link that gives you instant gratification.

I remember my mother used to read a lot of Richard Scarry to me when I was young. If there was one particular book I had to pick it would have to be The Cat in the Hat. Something about Thing One and Thing two causing trouble intrigued me.

I would have avoided some of my negative influences that caused me to put aside my writing and got a better education. I did take journalism, but because I felt the writing was too restrictive, I abandoned those courses. That, and college parties, that dragged me down in studies. I did later obtain an Associate’s degree in Paralegal Studies.

My first book took years to write, but once I got into the flow of things, I improved. My last book, Wizards and Warlocks, the second of my Joeseph Lynden fantasy series, took a mere four months, even though it was my longest.

Nicholas Davis is a first time science fiction writer who lives in East Syracuse, NY and has been writing off and on since he was 12 years old. Inspired to write by his seventh grade English teacher, and reading J.R.R. Tolkien’s The Hobbit and Lord of The Rings motivated him to write his own stories. He has a daughter Kelly from a previous marriage, and a wife named Nancy. He has also worked days at a mental institution as a cleaner for 26 years. He is also a solo musician, and plays social functions occasionally, and likes oil painting as well. 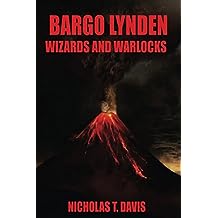 Bargo Lynden, Blacksmith-turned wizard embarks on a journey to destroy evil at its source by killing the evil sorcerer Garlock on Bereuka Island. He is assisted by his mentor, Galong, his cousin, Captain Joe Garkee, and his good friend, Barton. They enlist the help of the Shudolin Naval forces, who provide them with ten ships to sail to the faraway lands. They face giant birds, bats, and insects, treacherous weather, giant whirlpools, sea monsters, and even mermaids in their task.
At home, King Glam and the Shudolin are faced with a new threat, when Phillip’s half sister, Camilla, invades the castle with an army of Grassmen. Ang, believed dead, resurfaces, as well, forming a pact with her and King Glazar, leader of the Licarions. With just Lilly, Bargo’s cousin, and a town full of Woblos, they do their best to defend their homeland, but must eventually ask for the help of the Elven Kingdom to defeat the invading forces.
Bargo Lynden must fight to quell the conflict in the land, and eliminate the source of Garlock’s and Ang’s power. Join this second part of this mystical adventure of religion, magic, faith, romance, and a Woblo’s decision whether to give up the wizardry, and become human as his kind once was, or remain the most powerful creature in Elven history.

Bargo Lynden is a Blacksmith Apprentice from a land called the Shudolin, and belongs to a mythical race called the Woblos. He learns of Shala, father of their race, and how his people were once human, and changed into animals by a jealous Elven king, and the staff which will allow them to become human again.
He is called upon by the King’s Royal Guard to venture into enemy territory to rescue King Timothy, and Bargo’s cousin, Barlow, from an evil Elf named Ang, a disciple of the evil wizard named Garlock. An enemy race called the Licarions has recently invaded parts of the Shudolin, bringing the land on the verge of war.
The Royal Guard members are led by Glam, an Elf who is also an old time adversary of Ang’s. Glam introduces Bargo to a world of faith and magic, where a powerful stone and staff are used to defeat evil, and reveals the history of Bargo’s people, and the hidden gift within himself. The Woblo is faced to confront the wicked disciple himself, and use the staff, stone, and an ancient Elven sword as his weapons. He must choose between his friends’ lives or his own to defeat an evil spell on the land, and suppress a forbidden love for a human woman he has known since childhood. 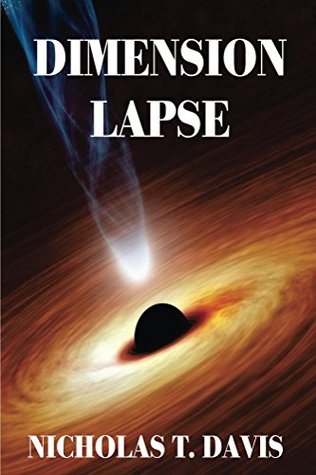 After being attacked by an unseen force, Major Jeff Walker, a Martian colonist is trapped in another universe via wormhole, and lands on an earth-like planet. Befriended by amphibian-like beings, they live in peace until an outside force threatens their way of life. They must join an intergalactic war against an evil race called the Tolarions, and a warmonger who calls himself Balta.
On a nearby planet, they meet a telepathic arthropod named Zarcon, who is a representative of the opposing peaceful Galactic Republic of Peaceful Civilizations. When his superior, Riona, double crosses the Republic and steals a weapon of mass destruction for unknown purposes, Walker and a band of misfits must stop him before he exterminates every race in the galaxy.
Meanwhile, the Tolarions have plans of domination and conquest. Walker is unaware, however, that the key to their survival lies deeply rooted in the human’s own historical past, and a man his grandfather once knew. 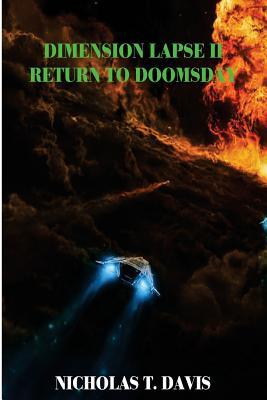 Angelica Avery is an astronaut and research scientist who travels through space and time to find her father, Physicist and geneticist scientist Dr. Louis Avery, AKA Akros. She meets Balta, an evil dictator who is determined to rule the galaxy, and the survivors of his wrath on the deserted planet of Tolaria. Cely is her trustworthy android, who assists her in survival. Jeff Walker is a former Martian, and a celebrated hero of the Republic of Peaceful Civilizations, and about to be married to his fiance, Lori Anderson, on his home planet of Ventros. Together they must defeat Balta and his alliance before he regenerates his race with clones, and recreates a powerful weapon. Angelica discovers things about her father that she never dreamed possible, and begins to realize he wasn’t the man she thought he was. Join the ordeal that Dr. Louis Avery’s daughter, Angelica must face to find out the truth about her father, and the man known as Jeff Walker. Her voyage sends her to far away worlds, tyrannical leaders, mind reading aliens, and brutal, savage customs. Can she stop an evil, diabolical monster from destroying everything her father worked for? Find out in the next edition of the Dimension Lapse series. 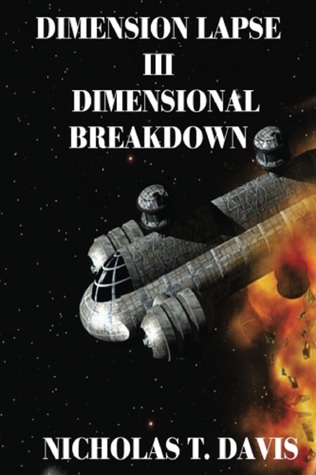 Join the continuing adventures of Jeff Walker, former Martian turned Ventrosion, and his crew as they travel through space and time to correct the catastrophes of the past, and restore a sense of order in a chaotic multiiverse.
Little Louis Avery is abducted by an alien entity right in front of his parents. He returns ten years later in an apocalyptic world to find he hasn’t aged, his parents have died, and his sister is much older than him. General Albert Carver is an overzealous investigator who runs special classified projects, such as Louis’ abduction, and the retrieval of an extraterrestrial craft which NASA possesses. He engages in immoral and inhuman behavior towards his prisoners and patients, even those close to him, all in the name of science, and orders from top chain commanders.
Walker again must stop a chain of events involving Dr. Avery and his daughter, Angelica which will change the future of mankind. With the help of Jeff’s grandfather, Major Thomas Walker, and a team of intergalactic soldiers, they must try to reverse a future of yet another attempted extermination of the human race. Will they be able to stop the systematic elimination in time, or will humans cease to exist in both universes?

Angelica Avery and Jeff Walker have left their former lives to chase their adversary, Varloo, into yet another universe. They must stop him from creating a race of savage hybrids, and a device capable of the manipulation of matter itself. Along with them are Major Avery’s android, Cely, and one of the Republic’s best operatives, his good friend Batar.
The party of four sets out in search of the renegade Andronian in the Matari star system, where Zacharas is located. After leaving one of its moons, Maol, they are chased by a Zacharian slave trader named Garmoto, and are forced to resolve an incident with the Zacharians by negotiation. Captain Walker seeks to forge a treaty between the Zelorions and Zacharians, but falls short when Varloo interferes with their objective, as Angelica continues to seek the truth about her own past, and her father’s connection with the future.
This next installment of the Dimension Lapse multiverse takes the wormhole travelers to a new place and time, where everything they have come to know about their own universe has changed, and the past paves the way for a new future for all races. They face new people and challenges, and an old friend as well, who unlocks the key of compassion to insure his own kind’s survival. 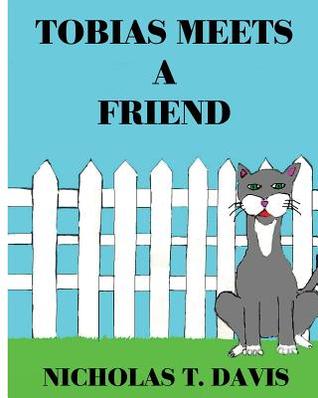 A bored and lonely cat who lives on a farm seeks a friend to play with. He doesn’t realize that one is waiting for him just around the corner. 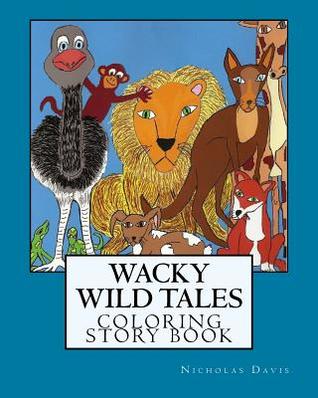 Enjoy this fun tale about animals and how they solve their problems. Meet Whitetail the rabbit, Ollie the ostrich, and Carly the Kangaroo as they learn how to be clever to get out of danger, how important friends can be, and why it’s wrong to steal. Color the pictures, read the story, and most importantly, have fun!

Enjoy this second edition of fun tales about animals and how they solve their problems. Meet Barney the beaver, Steven the squirrel, and Larry the lizard as they learn valuable lessons; such as too much of a good thing isn’t always the best thing, how important it is to save, and why it’s wrong to lie. Color the pictures, read the story, and most importantly, have fun!