Self-publishing is booming…but not for authors

The rule in business is — “It’s not what you expect, but what you inspect.” The self-publishing business is a model of high expectations and ho-hum inspection. Tales of woe from deceived authors fill the internet complaint departments. Some people are victims because they didn’t read the paperwork, but I did, and still the fog of confusion hangs heavy over the industry.

No author comes to this melee thinking s/he will be another John Grisham. We know we must start somewhere, but the blinders are on the whole way. My e-book’s International Book Number has not yet been sent to the Library of Congress. If that’s the case — why don’t I just buy my numbers from Bowker? A publisher should at least have a checklist of what is not done by them. I was never told this.

Self-publishing my book was much tougher than writing it, and getting it out there for people to see that it exists – plugging it – has been a real learning experience.

The first thing I learned is that not everybody I write about likes to be written about. They may see the past differently, or don’t want to be reminded of those times. My own wife tells me not to write about her…oops, sorry sweetheart.

My ex-wife said I made her seem like a slut. I should tell her to mellow out, those were the Sixties, the era of sex, drugs, and rock n’ roll. I mean, I was just trying to tell my story of why I left Milwaukee and headed to California. She has also said, more than once, “You’re welcome.”

Then there’s an old friend who became a raving drunk and told me the story of how AA saved his life. I wrote it, and when he read it he said, “What happens in AA stays in AA.” That’s the last email I got from him. 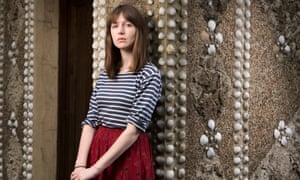 Which debut novel should you reach for this spring? Who can map our digital future? Here’s our guide to the most exciting voices in fiction, politics, SF, graphic novels and more.

I am a hybrid author, which means that I self-publish books and also publish short stories in traditional venues. Last night I was engaged in what I call marketing. Several of my stories had come back unsold from magazines and anthologies, and rather than having them sit around, I wanted to send them back out to other possible markets. Most, although not all, of what I write is science fiction, fantasy, magic realism, surrealism, and other types of otherworldly or genre fiction, and so I mainly market to genre publications. However, more and more literature of the fantastic also finds its way into literary and mainstream magazines, so I send stories to those publications as well. Last night I thought: There are a lot of literary magazines out there. Why not do a search and find more literary markets for my work? So I did. And as a result I encountered dismay and frustration. Why? The horrendous and creativity-killing practice of reading fees.

The best magazines do not charge reading fees; they don’t have to. People pay to buy individual copies or subscribe to the magazines because they have quality content. These include the genre magazines, such as science fiction, fantasy, and mystery. But middle-level literary magazines, faced with declining readership and financial difficulties, hit on the solution of obtaining their financing from writers instead of readers. When a writer sends a story to an editor or publisher, it’s like an audition. The editor evaluates the piece of writing to determine if it’s a good fit for the magazine. There are many reasons for rejection. Often it’s a lack of writing competence, but it can also be that the story doesn’t fit the theme of the magazine or anthology or the editor just bought a story with a similar idea from someone else. The writer shrugs and sends the story elsewhere. It’s a professional exchange. Making writers pay to submit their stories, though, is nothing less than a scam. It reminds me of Steve Martin in the movie Bowfinger gleefully taking checks from aspiring actresses who want to audition for his film, all the while knowing he has no intention of hiring them. Amazon has recently changed its policies regarding Kindle content, and it is akin to burning books. This may sound overly dramatic, but romance novelists are finding that their work is being “shadow-banned.” That is, Amazon is not pulling this content directly but instead is stripping it of its ranking so that it does not show up very high in searches.

To be clear, this is not happening to all romance novels. It appears only to be affecting those that are also tagged “Erotica.” According to The Digital Reader, the policy quietly took effect on or before March 22, and it is not only affecting self-publishers.

15 thoughts on “This Week in Indie Publishing”