Authors using Amazon’s self-publishing service have more on their minds than selling books: Reports have surfaced that some have become the target of cybercriminals.

Brian Krebs of KrebsOnSecurity explained how the thieves have stolen authors’ identities and used them to launder money: Hackers upload fake but expensive paperback titles (one was sold for a whopping $555 per copy) to the stolen authors’ accounts on Amazon’s CreateSpace service. The cybercriminals then “buy” dozens of books, transferring funds to bank accounts. Authors usually receive 60 percent of a book’s list price.

Patrick Reames is one of the authors who have been scammed. He received a 1099 tax form from Amazon stating that he had made $24,000 last year. After some research, Reames discovered that someone else had published a book filled with gibberish called “Lower Days Ahead” under his name and account.

Cyber criminals are impersonating people on Amazon and publishing e-books in their name as part of a money laundering scam – with the victim of identity theft stiffed with a large tax bill on the profits from the sale of products they never sold.

That’s according to investigative journalist Brian Krebs, reporting on the case of Patrick Reames.

As hybrid publishing becomes a bigger part of the publishing business, the Independent Book Publishers Association (IBPA) has developed a nine-point list of criteria defining what it means to be a reputable hybrid publisher.

The goal of developing the guidelines is to “help hybrid publishers build better businesses based on clear and consistent best practices,” said Maggie Langrick, CEO and publisher at LifeTree Media Ltd., and member of the IBPA advocacy committee. 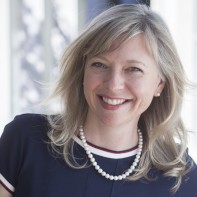 Under the hybrid business model, authors help subsidize the publication of their book while the publisher is responsible for producing, distributing, and ultimately selling professional-quality books. Authors also receive a higher royalty rate (usually around 50%) than the standard paid by a traditional publisher which typically range from 10% to 15%.

The story behind the book A writer might be the spark that creates a good book, but it’s the publishers who ensure that it reaches to the readers. Puja Pednekar explores career options in editorial, marketing and sales in the book publishing industry.

A commissioning editor of non fiction at HarperCollins, Siddhesh Inamdar’s job is a book lover’s dream. He gets to work on books in the categories of politics, current affairs, history, society and culture. He sees them through to press right from the stage of conceiving the book idea up to the point of actual publishing, a process that takes even years with some books. “I started as a copy editor and grew into this role,” says Inamdar, who resides in Delhi, and, needless to say, is a bookworm.

National Geographic Kids Books is charting new territory with the launch of Under the Stars, the publisher’s first-ever fiction imprint. The press will release its inaugural book, Explorer Academy: The Nebula Secret by Trudi Trueit, in September. A new book in the seven-part series will follow every six months thereafter, and additional series will be added beginning in 2019.

The idea for a fiction division came about more than four years ago at a meeting of the book publisher’s editorial division. “We were sort of everywhere,” said editorial director Erica Green. “We’d penetrated the market totally in terms of our nonfiction, and we asked, ‘How else can we reach kids?’ ”

6 thoughts on “This Week in Indie Publishing”