This week finds Dr. Haybrook (Mitchell) and Gini racing against the clock to test a theory that may help disable the technology. We also catch up with Joyce and her slide away from humanity.

The story is coming to a climax and is approaching novella length. I think, with some added detail, this story might make a good full-length novel. 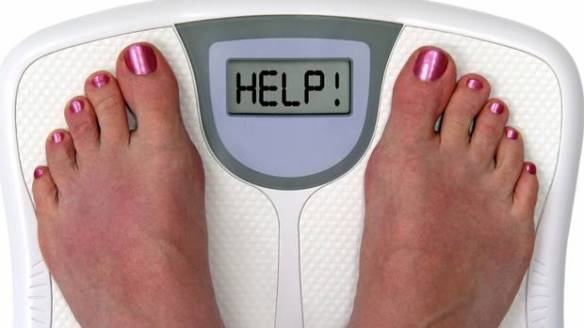 We are one presence. We are one mind. We are one body. Joyce lay on the cool metal floor of the communal cell with the others who were like her. She could see them writhing along the floor and intertwining with each other. The most advanced among them had stopped resembling anything close to human beings. They were reptilian in appearance with bright green eyes, smooth brownish skin that was leather like, and distorted features. Their appendages had morphed into something muscular and foreboding. Many of them were without clothes, but the changes they had undergone had made determining their gender impossible.

Joyce was not quite as advanced in her metamorphosis as the others, but she was quickly losing her ‘Joyceness’. She knew her name, but she couldn’t remember anything about her background or her past. Her body felt fine. In fact, she had never felt more alive and powerful. Every fiber of her being was telling her to exercise, get nourishment, survive and, above all, escape. The desire to escape was so powerful that she felt she had to do so no matter what it took. It was the same feeling she had felt when she had ripped the male security guards arm from his body only it was much more intense. She must escape at all cost, but it had to be as part of the collective. She must work with her companions to ensure that everyone escape together. It was all about the collective.

She felt that the collective had a mission or a purpose. Although she caught glimpses of this purpose, it was not entirely clear to her. It was just beyond the horizon of her mind’s focus, but she felt that it was moving closer and would soon be in view. One thing that she did feel was the desire to destroy inferior beings. She realized now, as she had advanced beyond the human form, her former self was a far inferior state of existence. She not only never wanted to regress to this form, but she wanted to vanquish others that still existed in this state. That part of the mission was very clear.

Dr. Haybrook was only beginning to feel the changes that Joyce had undergone. The pace of those changes in his body, however, were happening at a much faster pace. While Joyce had gradually had the technology introduced into her body at a ‘safe’ rate, Haybrook had directly injected himself with a much more concentrated sample. What had happened to Joyce over several weeks would find him in the same state after only a few days.

He sat back pondering this in the passenger seat of his car as Gini drove them to the Kongo Fit headquarters. He thought he could probably still drive, but didn’t want to take chances by putting them in more danger than was absolutely necessary.

“I don’t understand why we’re going back there,” Gini said. “Do you have a larger EMP device in the lab somewhere?”

“Then why are we going back there? It only increases the chance that we’ll be caught.”

“Perhaps not. We are going to visit one of the tenant facilities in the building.”

Gini pondered what Haybrook said for a minute.

“The only tenants are the coffee shop and the diagnostic clinic.”

“Right. The diagnostic clinic might have just what we need,” Haybrook said.

“Ah, the MRI machine. You’re thinking of using that to disrupt the technology.”

“How are we going to get access to it? They don’t exactly leave them running when the clinic is closed.”

“True, but, as the lead scientist at Kongo Fit, I have many privileges. Since our company purchased the diagnostic equipment in the clinic, I have the ability to use it for research at my discretion.”

“That’s brilliant. We can get you in the machine and see if it works. One problem, will it work. Those machines require patients to remain in them for significant periods of time and they emit a low-powered magnetic field relatively speaking.”

“These machines have software that regulates their maximum magnetic output. It’s kind of a governor if you will that prevents high levels of magnetic energy from reaching patients. It can be overridden by someone who understands the code and can change it. That should be child’s play for you.”

“I hope you’re not overestimating my skills, Doctor. I’m not that familiar with the technology used in those machines.”

“I am. I’ll guide you through it and tell you what to look for. I’ll have to be inside the tube of the machine as I talk you through it.”

“Okay. It makes me nervous. Just so you know.”

“Well, turning into a non-human hybrid makes me nervous. I’d like to avoid it.”

Gini maneuvered Haybrook’s car into the parking lot near the closed diagnostic clinic. Haybrook found his key to the building in his jacket pocket and he let them into the employee entrance of the clinic. The MRI machine was just down the hall from the small break room. He led Gini directly there.

“They’re back at the corporate campus,” Benjamin Schmidt reported in.

“It’s after hours, but that’s not unusual for our scientists,” Blaylock responded. “Haybrook’s been known to work for two or three days straight without leaving when he’s inspired.”

“Hmmm. Maybe old Doc Haybrook had something going with her. I’m still not concerned. He’s a company man. Just keep an eye on them. If they leave, let me know. We can monitor them while they’re inside the building in the lab.”

“Well, that’s another thing,” Schmidt said. “They’re not in the lab. They’re in the diagnostic clinic.”

“That’s a little strange,” Blaylock said. “But it’s not unheard of. Haybrook spent a lot of time there using their centrifuge and other equipment. He’s probably just running some tests.”

“So you don’t want me to check in to what they’re doing?”

“No, your body count is high enough for today. I frankly can’t afford to lose Haybrook if I don’t have to. He’s a brilliant guy and one of the few that understand this technology. Just observe and report.”

The call ended abruptly. Blaylock was at home just settling in with a tumbler of expensive scotch. He would have to think hard about Schmidt. His bloodlust was becoming a concern. He would also have to remember to pull the surveillance footage and look at what Haybrook was doing when he got back to the office in the morning. He had to be sure. No loose ends.

Haybrook lay on the sliding platform of the MRI machine. He had asked Gini to restrain him tightly so that his movement would be minimal. He wasn’t sure if he’d be enduring a significant amount of pain and he wanted to be sure he didn’t thrash around so the experiment would have the maximum chance of working.

“Once I’m in the tube, I’ll help you log into the power regulation subroutine. It will be up to you to find your way through the code once I tell you what to look for. Once the magnetic pulse begins at the higher power level, I’m not sure I’ll be able to communicate further.”

Gini had a concerned look on her face as she left Haybrook and entered the control booth.

“I think, with all that’s happened, you’ve earned the right to call me Mitchell.”

Gini felt her face flush and noticed the grin on the face of her patient as she looked at the monitor in the booth.

Haybrook walked her through the logon sequence that gave her administrative access to the MRI machine’s central server. He guided her to the correct folder that contained the power subroutine code and told her what to look for.

“Okay. Where you see the power variable, I want you to multiply the number after the equal sign to ten times the current amount.”

“Ten times? Are you sure about that?”

“Yes. I’m sure. I did the calculations on the way from my house to the campus. It needs to be ten times the power to have a prayer of working.”

“Invoking prayer in something so empirically scientific.”

“Hey, in this case, the two are not mutually exclusive.”

Gini pecked away at the keyboard for about two minutes and then cleared her throat.

“I found it and made the change. I’m saving it now.”

“Great. One thing we need to remember is that we need to change it back. I don’t want the MRI tech flash-frying any patients in the morning,” Haybrook quipped.

“Set the timer for seven minutes. I think that’s all I can take and it will hopefully be enough to disable the technology. Whatever happens, do not shut down the power before seven minutes has elapsed.”

Gini wasn’t sure about this last instruction, but Dr. Haybrook…er Mitchell…was brilliant. She didn’t doubt his thought process or his computations.

“Okay Gini, go ahead and start the power.”

Gini depressed the button and then embarked on the longest seven minutes of her young life. Haybrook tossed and turned against the restraints. He went into convulsions. He had minor seizures. Finally, with two minutes left, he was unconscious. Gini would have been extremely concerned, but she could see the steady rise and fall of his chest.

When the seven minutes elapsed, Gini turned on the microphone in the booth.

“Mitchell. Mitchell. Can you hear me? Please, Mitchell. Wake up.”

She left the booth and went to the tube to check on Haybrook. As she stood beside him and loosened the restraints so she could check his vital signs. His hand simultaneously grasped her wrist in an iron grip as his eyes opened.