The worst thing about Halloween is, of course, candy corn. Candy corn is the only candy in the history of America that’s never been advertised. And there’s a reason — all of the candy corn that was ever made was made in 1911.

Q: In what room would you never find a ghost?

A: The Living Room

Q: Where do baby ghosts stay during the day?

A: At the dayscare center

Q: What is a vampire’s favorite sport?

There was once a young man who, in his youth, professed his desire to become a great writer.

When asked to define “Great” he said, “I want to write stuff that the whole world will read, stuff that people will react to on a truly emotional level, stuff that will make them scream, cry, howl in pain and anger!”

A visitor to a certain college paused to admire the new Hemingway Hall that had been built on campus.

“It’s a pleasure to see a building named for Ernest Hemingway,” he said.

The visitor was astonished. “Was Joshua Hemingway a writer, also?”

A writer died and was given the option of going to heaven or hell.

She decided to check out each place first. As the writer descended into the fiery pits, she saw row upon row of writers chained to their desks in a steaming sweatshop. As they worked, they were repeatedly whipped with thorny lashes.

A few moments later, as she ascended into heaven, she saw rows of writers, chained to their desks in a steaming sweatshop. As they worked, they, too, were whipped with thorny lashes.

“Wait a minute,” said the writer. “This is just as bad as hell!”

“Oh no, it’s not,” replied an unseen voice. “Here, your work gets published.” 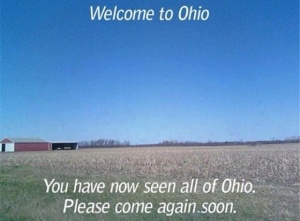 You Know You’re from Ohio When…

Man to his wife while ‘at it’: “Please say dirty things to me!”

My husband told me he needs more space. I said no problem and locked him out of
the house.

A man and his wife have been married for quite a few years and the wife asked him recently to get some pills that would make sure he’d be ‘up’ to some action in the bedroom again.

He brought home diet pills. Funeral services are next week. 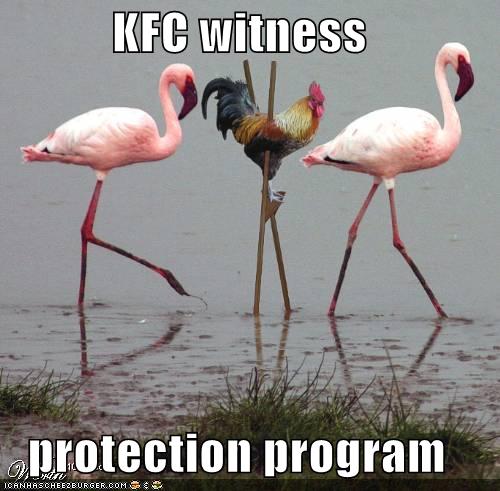 Q: What do chickens grow on?

Q: Why did the Roman chicken cross the road?

A: She was afraid someone would Caesar!

Q: Which day of the week do chickens hate most?

Q: What do you call a bird that’s afraid to fly? 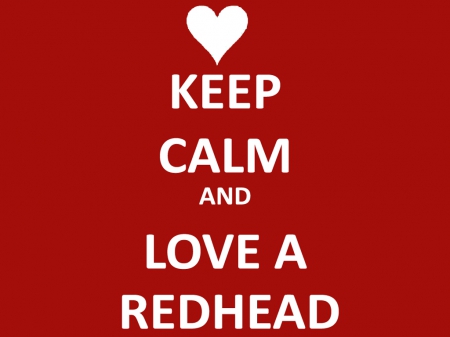 Q: What do you call a redhead walking between two blondes?
A: An interpreter.

Q: What’s the difference between a terrorist and a redhead?
A: you can negotiate with a terrorist.

Q: How do you know a redhead likes you?
A: She has your girlfriend thrown in jail and camps out in your yard.

Q: Do you know why Blondes have more fun?
A: Because there is not enough Red Heads around.

If you love a Redhead, set her free … If she follows you everywhere you go, pitches a tent in your front lawn and puts your new girlfriend in the hospital, she’s yours.