Expat Journal: Postcards from the Edge 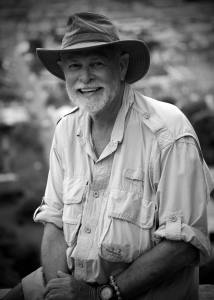 Dickey Chapelle is a legend in the lore of combat photographers. I can’t imagine Dickey Chapelle was ever a victim of any man and she should act as a role model (and inspiration) for all women in this age of #MeToo. A boobytrap killed Dickey Chapelle, while she was patrolling with Marines, in Chu Lai, Vietnam on November 4, 1965.

The Platoon Leader inadvertently tripped the boobytrap and a fragment of shrapnel pierced her carotid artery and she bled out in just a few minutes time. It was a mortal wound and no one could have saved her. I spent a 13-month combat tour of duty at Chu Lai, as a young Marine Sergeant, January 1967 to February 1968.

Dickey Chapelle is one of my heroes: as a photographer, as a woman and as a courageous human being. The Marines adored her in World War II, Korea…

2 thoughts on “Photography 101: Dickey Chapelle Is a Legend”