This is another post based on the book, Nabokov’s Favorite Word is Mauve, by Ben Blatt, a book that looks at writing in a way that appeals to numbers geeks like myself as it looks for patterns and quantification of the books that we read and write.

So far, I’ve posted tidbits about his analysis of adverbs, exclamation points, gender identification in writing and writers following their own advice, simplicity in writing, and US vs. UK writing styles.

This week we look at an aspect of book covers that I hadn’t thought about, but I guess I noticed it, the size of the authors name on the cover.

In his analysis, Blatt set out to prove that you can assess an author’s stature by looking at the covers of their books.

His first example shows how Stephen King’s, Carrie, a book that didn’t reach the bestseller’s list in its first edition was designed. 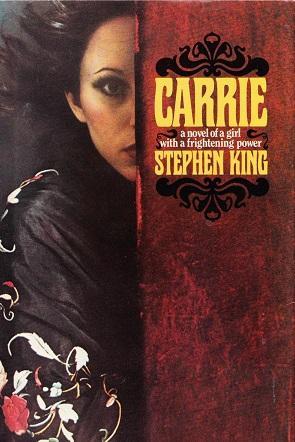 On this cover, King’s name fills 3% of the cover. Contrast this with King’s 1989 book, The Dark Half.

On this cover, 47% of the cover is devoted to King’s name. When King created his Richard Bachman pseudonym, it was to avoid this phenomenon.

Blatt looked at this and when comparing books written by King and credited to Bachman during the period from 1977 to 1984, Bachman covers averaged about 3% of name coverage on the covers while King books averaged between 10 and 35% of the cover.

King is not the only author to see this kind of ‘name growth’. Blatt gives the example of Patricia Cornwell. In the covers shown below, her namne has gone from 2% to 30% coverage. 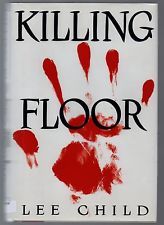 Another phenomenon that Blatt examined was the situations where a famous author ‘co-writes’ a book with another author that may not be as well known or when an author has passed away and a new author is writing books based on their original characters (Tom Clancy, Vince Flynn, Mario Puzo, etc.)

Blatt put together a table showing this.

Here are some examples of book covers for books written by authors that have died and their series have been continued by other authors. Blatt didn’t cover this topic, but I thought it was interesting.

Mark Greaney wrote these books in the ‘Tom Clancy Universe’ but his name barely appears on the cover as though Clancy is writing from the grave.

Kyle Mills’ name is a bit bigger on the Vince Flynn posthumous books, but it’s almost as if the publisher is trying to trick the readers or pretend that Flynn is still alive.

For these Mario Puzo books, the first, The Family, was an unfinished work, so the small size of the co-author’s name is somewhat justified. Surprisingly, for The Godfather Returns, the size of the new author’s name is the same as Puzo, though relegated to the bottom of the cover.

So, as an author, does size matter to you?

I know in the case of my books, the font for my name tends to be smaller mostly because my name is so long, but I guess there’s room for growth.