I am on the verge of publishing novels seven and eight of my writing career. I wouldn’t say that I’m anything close to being an expert, but I decided to use my Hurricane Irma downtime to look back on the books I’ve written and the process that I followed.

The premise is just a general idea of what a book will be about. I’m going to use my second novel, Let Me Be Frank, as the example for this post.

The premise for this book was simple. I had just binge watched the 1970s television show, Columbo, and I was intrigued by the structure of most of the episodes. The show almost always started with a murder and very often showed the murderer and the method used to do in the victim. It was then up to Lieutenant Columbo to solve the case and trick the murderer into a self-condemning situation. This was my single plot idea going in and the book evolved from there. 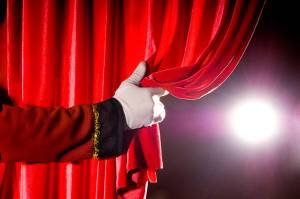 This might seem like a dive into the weeds in terms of detail for the book, but think of it as a first impression. When you meet someone new, the things you initially say or do will leave a lasting impression and help them form their opinion of you as a person.

Books are similar to a much greater degree. Beyond your book cover, you have a few pages to catch the attention of your reader so that they’ll want to continue on and read what you’ve written. If they lose interest early on, you may have lost them as a reader for not only this book, but for your other work.

In Let Me Be Frank, my editor and good friend actually suggested something different as a way to make the scene more compelling. She suggested writing the scene from the point of view of the victim. In the scene, the victim, Dani Indigeaux, is walking home from work listening to music when she is attacked and murdered in cold blood. We see the crime from her perspective and then we here from the murderers as they deal with the aftermath of the crime. It is then up to my detective duo, Frank Rozzani and Clifford “Jonesy” Jones to determine the motive, solve the crime and capture the murderers.

Here is an excerpt from that opening scene:

Things were turning around. Since coming to Jacksonville six months ago Dani was finally starting to feel like life might turn out okay. Thanks to Uncle Sam she had a place to live and money for food and to buy a few things. She was so lucky that Sam Monreaux remembered her family and had taken her in. For the first time in a very long time, she felt like there was some hope. She could feel the bills from the tips she earned in her pocket. She might be able to buy a television for her apartment with the money she had saved.

As she walked home after closing time at the Sun Dog, she thought of all the possibilities. She turned down the dark alley that was a shortcut to her apartment building. Sam owned the building and many of its occupants worked at the Sun Dog. Rent was paid based on what she thought she could afford. Sam never asked for more. She thought about how fortunate she was to have this second chance. As she walked she listened to Lorde on the second-hand iPhone that someone had given her. She enjoyed walking home. It was late. The Sun Dog closed at 2AM and she had worked serving drinks and bar food until then. Frank Rozzani’s trio was playing tonight and the drummer had offered her a ride home. The walk was short, though, and she enjoyed walking in the humid air with the smell of the saltwater in her nostrils. The area was safe, and, even though he seemed nice, she didn’t want to accept a ride from a man this late. She just couldn’t do it.

She didn’t hear the white panel van stop at the end of the alley or the approaching sound of footsteps. The two men pursuing her were surprisingly quiet considering their size. One man carried a pistol and the other a tarp. They were cold and calculating in their mission. Their boss had been very clear. There was to be no mercy. The girl must die to deliver a message.

I know this might seem out of order, but very often, an author may have the end of a novel in mind right from the premise stage. It is said that J.K. Rowling had the ending of the seven-book Harry Potter series in mind from the very beginning and that her books worked toward that ending.

I think it’s a good idea to have an ending in mind. It gives you a destination and the rest of your book should be a road map to get there.

In Let Me Be Frank, I had the ending in mind before any other aspect of the book. I new I wanted some kind of transformation for the main characters. In particular, one of the secondary characters, Sam “Fat Sam” Monreaux, was going to undergo a life changing event that would solidify his standing in the Frank Rozzani universe as an important ally going forward in this book and the anticipated continuation of the series which is now five books in. 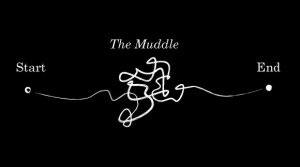 This is often the toughest part of the novel. I’ve written about it in other posts (HERE) and have referred to it as “the muddle”. It’s where books lose steam and, sometimes, lose readers. Let Me Be Frank takes readers on a journey around the gulf states as Frank and Jonesy take on alternate identities to investigate the case. I made this middle section fun to write and injected some humor to keep the reader on the hook until the book worked its way to the twist-filled ending.

The middle is an important part of your book and usually takes the most work to get it where it needs to be.

Bonus Step – Putting it Together in a Picture

I will start this bonus step by saying that I’m definitely not an outliner, but I do start with a pictorial view of where my books is going to go. This view is called a mind map.

I’ve written other blog posts on the mind mapping technique that I use. You can read one HERE. To recap, a mind map is a visualization of the major plot points of your book with a sentence or two summarizing it.

Here is the initial mind map for my second novel, Let Me Be Frank.

As you can see, this view is a pseudo outline that I was able to work on as I trudged through the writing of this book. I don’t always end up with the exact number of chapters or the exact order. Sometimes the characters are stubborn and go off on a direction of their own. As their caretaker, I just follow them.

I hope this post is helpful to you as a high-level guide. It may not be the method you choose to follow, but it works for me so I thought it would be worth sharing.

I look forward to your comments and tips as well.

36 thoughts on “Writing a Novel – The Four Steps I Use”