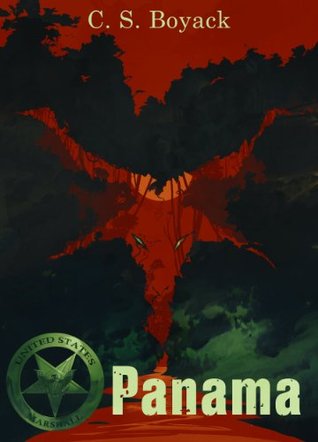 Ethan and Coop are sent to the construction zone along the Panama Canal. They have some experience with strange phenomenon, but nothing prepared them for this.

They are faced with civil war, Carlist pretenders to the thrones of France and Spain, an invading Spanish army, and another from Hell itself. They’ll be lucky to survive, let alone take care of anything while they’re down there.

This story is based upon the construction of the canal, Panamanian independence, international cooperation, and a few celebrity cameos. Even the magic takes on an international flavor.

Ghosts and Voodoo are one thing, but they have no idea what waits along the isthmus.

Taking historical fiction, paranormal, and steampunk and mixing them together in a book sounds ambitious. It is ambitious, but C.S. Boyack does it well and the result is an engaging page turner. I say this as someone who is not a fan of the genres mentioned, but I am a fan of this book.

The tale centers around two federal marshals, enlisted by the larger-than-life Teddy Roosevelt, to facilitate the construction of the Panama Canal by using their respective abilities.

The characters in this book are engaging and colorful in their unique ways. The backdrop and gadgetry in the story reminded me of the Wild, Wild West television show, one of my childhood favorites.

This is the fifth C.S. Boyack book that I have read and I am amazed at the depth of the writing in various genres. The writing is solid in all of them. The biggest compliment that I can give is that Boyack’s books make me forget about the genre or mixture of genres and I become invested in the characters and the story.

I highly recommend that you give this book, and others by C.S. Boyack, a try. You won’t be disappointed.