Check out the book, Holiday at the Hamptons, by Sarah Morgan, as featured on the Books and Readers Site blog 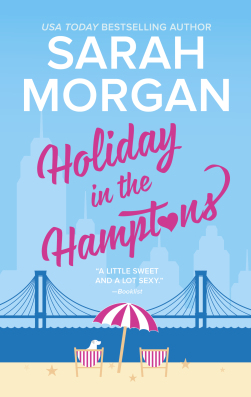 Harriet studied her with a mixture of concern and exasperation. “Are you sure? Because it was a big deal.”

“And you haven’t been seriously involved with a man since.”

Seth had made her feel. There were days when she won­dered if what she’d felt had been real, or if her teenage brain had…