As you move along your writing journey, it’s important to remember that one of the things that keeps a reader engaged is creating compelling characters and putting them in engaging situations.

It can be argued that a book with the greatest plot ever created will suffer if it doesn’t have characters that are realistic and can be related to by your reader.

This post will talk about some of the key components of creating great characters in your writing. I’ll talk about each component and try to give some examples along the way.

Characters are people just like those in every day life. When you look at some of the most memorable characters in popular books, there is usually something that makes them memorable. It can be an event in the character’s past that shaped him or her and makes them who they are. Perhaps they have a physical affliction or an addiction like Sherlock Holmes. In an extreme case, they might be a serial killer that eliminates other criminals as in the Dexter series of books. In my Frank Rozzani series, my main character suffered through a tragic event that was a direct result of him performing his duty as a police officer which shapes his new life and direction.

One of the adages we always hear as writers is, write what you know. Some authors take this literally. One of my favorites, Jonathan Kellerman, features a main character named Alex Delaware. Alex is a child psychiatrist that helps the police with murder cases. As it turns out, Kellerman is a child psychiatrist that has helped the police and has also written non-fiction books on the topic. As an author, you have to find the fine line between taking traits of characters from people you know and being blatantly obvious about your character’s inspiration. You don’t want to hurt feelings or invade privacy. 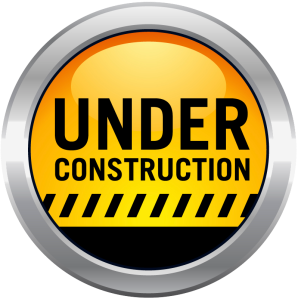 If you want your character to be a 3-dimensional, living, breathing person, it can be helpful to know as many details about them as you can. Some books on writing recommend using a character profile or diary to record things like the basics, height, weight, eye and hair color. Some authors go into more depth like recording things like hobbies, past history, family, motivation, inner conflicts, etc. I tend to be more of a pantser when it comes to characters. The down side of this occurs when I have to search what I’ve written to make sure I’m not contradicting traits. For my main characters, however, I have very strong mental pictures about them.

The sympathetic or empathetic traits in your characters may be directly related to their occupation or background. Back to Jonathan Kellerman, his main character became a child psychologist after a particularly traumatic childhood of his own. He uses that experience to both sympathize and empathize with his clients and the victims of the crimes he helps solve. You can contrast that with a character like Lee Child’s Jack Reacher who outwardly appears as a machine. His military training and experience make him deal with others in a cold, calculated way. His internal dialogue, however, shows that he is highly empathetic with certain people that he comes across. My Frank Rozzani character is empathetic with “the little guy” because of what happened in his past to him and his family.

Character growth is a complex concept. This is especially true for authors that write a series of books featuring the same main characters. You have to balance incremental growth within the confines of one book with growth over the series of books. Again, not to pick on Jonathan Kellerman, but he has done this well with this two path growth. His main characters, Alex Delaware and Milo Sturgis have gone through a slow personal transformation over the 32 years since the first novel. Delaware has been in and out of his relationship with his girlfriend, but still drives the same Cadillac Deville. Sturgis, once a closeted gay detective with the LAPD, is now an openly gay lieutenant with a case solve rate that is the envy of other detectives. His poor fashion sense and propensity to eat mass quantities of food have not changed. 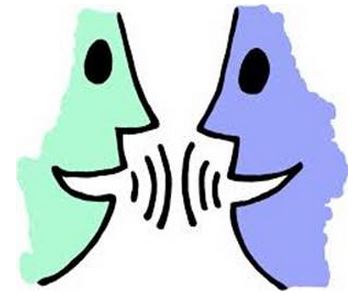 The spoken word can be very revealing. When you meet someone for the first time and begin to speak, they form an opinion about you almost immediately. They can tell many things by not only what you say, but how you say it. Your level of education, where your from, and how you conduct yourself can be revealed without examining the content of your dialogue. This is also true of the characters for which we write. You can tell your reader about their place of birth, education level and beliefs just by how you write their dialogue.

Side note: It can be very difficult to sustain an accent or a style of speaking in your character’s dialogue. I have characters from Louisiana in some of my books and, instead of trying to phonetically spell pronunciations and colloquialisms of characters with a Cajun background, I just mention that they speak in a particular way and let the audience form in their own minds what that would sound like.

I hope some of these tips on character development have been helpful. They have helped me along the way. Your comments and contributions to this body of knowledge are welcome, as always.

24 thoughts on “It’s all about characters – How do you create compelling ones?”