Check out this review of the book, Fire Damage, by Kate Medina, from Allison Willams’ Writing blog 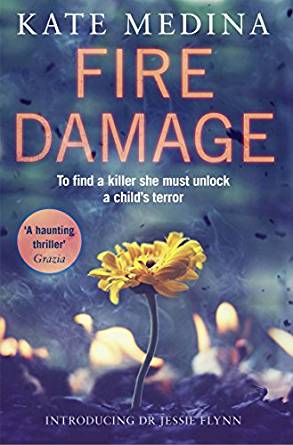 To find a killer, she must unlock a child’s terror…

The first in an exciting new crime series featuring psychologist Dr Jessie Flynn – a brilliantly complex character who struggles with a dark past of her own. Perfect for fans of Nicci French and Val McDermid.

Four years old, terrified, disturbed – Sami is a child in need of help. Now it’s up to psychologist Dr Jessie Flynn to find the cause of his suffering and unlock his darkest memories, before it’s too late.

A psychologist with a secret

Meanwhile Jessie is haunted by an awful truth of her own. She works alongside former patient, Captain Ben Callan, to investigate a violent death – but the ghosts of her past refuse to leave her.

A body washed up on the beach

When a burnt corpse is found on the Sussex coast, Jessie begins…