Rebecca Howie is the featured author on the Books and Such blog for Indie Author Friday.

It’s Friday!  Today’s indie author is Rebecca Howie, with her YA mystery, The Game Begins.  If Rebecca or I turn up missing, you’ll be able to find us either at Hogwarts or on a desert island reading the Harry Potter Series. 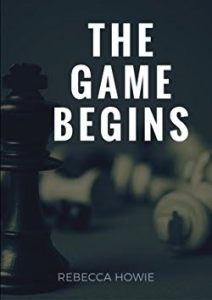 It’s been four years since the car crash took away her father and Sam Beckett’s nightmares are back with a vengeance.

When her friend suggests she take a PI course to distract herself, Sam agrees, but she soon realises it won’t be as simple as she expected when her first case leads to a woman being killed, her husband accused of her murder, and a series of threatening text messages sent to her phone which lead Sam to believe that her father’s crash might not be the accident everyone thought it was.

What’s the most constructive criticism you’ve been given in your writing career?