Check out this review of the book, A Criminal Defense, by William L. Myers, Jr., as featured on the Novel Gossip blog 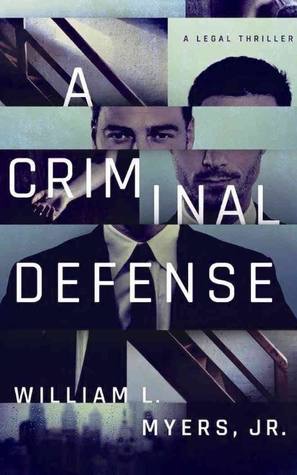 Losing the trial of his life could mean losing everything.

When a young reporter is found dead and a prominent Philadelphia businessman is accused of her murder, Mick McFarland finds himself involved in the case of his life. The defendant, David Hanson, was Mick’s close friend in law school, and the victim, a TV news reporter, had reached out to Mick for legal help only hours before her death.

Mick’s played both sides of Philadelphia’s courtrooms. As a top-shelf defense attorney and former prosecutor, he knows all the tricks of the trade. And he’ll need every one of them to win.

But as the trial progresses, he’s disturbed by developments that confirm his deepest fears. This trial, one that already hits too close to home, may jeopardize his firm, his family—everything. Now Mick’s only…