This week we sit down with author C.C. Naughton to discuss her work and what motivates her to write.

Please enjoy this edition of A Perfect 10.

If you want to check out past interviews, you can find them in the following links:

Also, if you are an author and you want to be part of this feature, I still have a few slots open for 2017. You can email me at don@donmassenzio.com

A bit of both. I have medical issues that make the physical process taxing, but mentally, it’s exciting to make up worlds and talk to imaginary people.

C.C. Naughton is a pen name. I decided to use one for a few reasons, the primary one being that my legal surname is very common (especially in my genre), and I didn’t want my work to be hidden in an author search.

I would imagine it might help in the marketing process, but could impede the critique/editing process, especially if the writer was not able to respond appropriately to constructive criticism.

I self-publish, and the best investment I have made is to pay an independent artist (Kayla Matt, who was interviewed previously) to draw my book covers. We worked together to get them right, so they really reflect the feel of my world and story.

Financially, it would be nice to be self-sustaining via writing, and that has not yet happened. More importantly to me, I want people to enjoy what I write, to be inspired or amused by it, and that’s been achieved, if my fans are to be believed. 😉

I am currently writing two series. The first is set in a fairyland of my own creation – there is no research involved per se, but I have long been interested in fairy-tales, folklore, and mythology, so some of my previous reading has been incorporated into my stories in various forms. My other series consists of fairy-tale retellings set in a fictionalized version of Viking-age Iceland, so I am constantly researching the era and finding new things to add into my stories. It’s an on-going love, and has been for about 15 years. I use sources of all sorts: re-enactment groups, archeological finds, language videos, folklore books, the Sagas, and I have personally tried some of the crafts of the era to get a feel for how they actually were done.

My fairy names are just two words mashed together, and I play with combinations until I find something I like. My Viking-era names are primarily sourced from a Nordic names wiki, using Old Norse names when possible, and Icelandic when I can’t find one I like in the Old Norse. I try to choose a name that has a meaning which reflects some aspect of the character’s personality or role in the story. I don’t have any naming regrets, although some of my early drafts have characters named differently than what they finally ended up with.

I don’t like to write sex scenes or “battle” scenes, but they are also not a part of the stories I am interested in writing, so it works out.

Leif Eiríksson (or a contemporary). I’d want to know everything he could tell me about Iceland during his lifetime, such as daily life, what the clothing was like, etc. Very little is definitively known, and it’s mostly via grave finds, extrapolation, or from accounts written by people outside the culture or in a much later time period.

The Brothers Grimm. I’m curious about their process — the stories they compiled started out very dark (I have a recent reprint of the original stories), while later editions of their works ended up being closer to the “fluffy” fairy tales we read now. I’d love to hear from them why they made the changes they did, and how the culture of the time encouraged these changes.

Jane Yolen. Not only is she a fantastic author, but she’s an inspirational human being as well. I would love to hear her opinion on pretty much anything, honestly, so I’d leave the topic of conversation up to her. 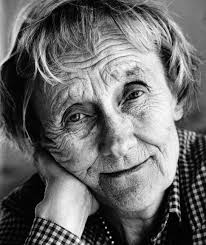 Astrid Lindgren. Pippi Longstocking (both the book and the character) is one of my fundamental influences. I don’t have any specific questions, I would just love to hang out and get into mischief  (and also get Pippi’s pancake recipe).

My facebook author page has gotten me the most exposure, but I have sold most of my books via word-of-mouth. 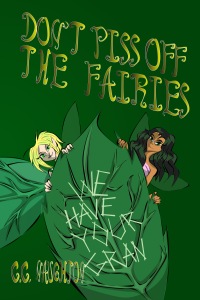 Don’t Piss Off The Fairies

First in the ‘Tales of Twinkle Dingle’, Don’t Piss Off The Fairies tells the story of Nellie, a human girl who unexpectedly finds an adventure she didn’t want when her Gran is kidnapped by a bunch of creepy yet adorable fairies. It’s a light, quirky novella. 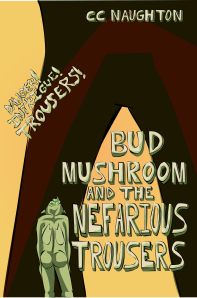 Bud Mushroom and the Nefarious Trousers

A novelette told from the point of view of Bud Mushroom, Useful Fairy to the Queen of Twinkle Dingle. Bud relates the time he was Captured by Pixies, and forced by them to wear Trousers.