A judge tells the defendant, “You’re charged with attacking your boss with a hammer.”

“You jerk!” yells a voice from the back of the courtroom.

“You’re also charged with attacking a bartender with a hammer,” the judge continued.

“Sir,” says the judge, “one more outburst, and I’ll charge you with contempt.”

“I’m sorry, Your Honor,” says the man. “But I’ve been this jerk’s neighbor for ten years, and every time I asked to borrow  a hammer, he said he didn’t have one.” 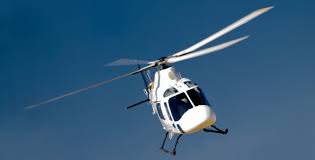 This time the helicopter pilot overheard the couple’s conversation and said, “Listen folks, I’ll make a deal with you. I’ll take both of you for a ride; if you can both stay quiet for the entire ride and not say a word I won’t charge you! But if you say just one word, it’s 50 dollars.”

Walter and Ethel agreed and up they went in the helicopter. The pilot performed all kinds of fancy moves and tricks, but not a word was said by either Walter or Ethel. The pilot did his death-defying tricks over and over again, but still there wasn’t so much as one word said. When they finally landed, the pilot turned to Walter and said, “Wow! I’ve got to hand it to you. I did everything I could to get you to scream or shout out, but you didn’t. I’m really impressed!”

Walter replied, “Well to be honest I almost said something when Ethel fell out but, you know, 50 dollars is 50 dollars!” 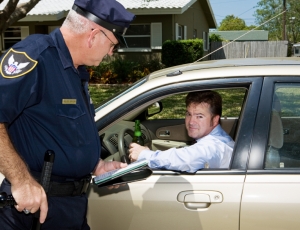 Late one night a man is driving down the road, speeding quite a bit. A cop notices how fast he is going and pulls him over. The cop says to the man, “Are you aware of how fast you were going?”

The man replies, “Yes I am. I’m trying to escape a robbery I got involved in.”

The cop gives him a skeptical look and says, “Were you the one being robbed?”

The man casually replies, “No, I committed the robbery.”

The cop looks shocked that the man admitted this. “So you’re telling me you were speeding…AND committed a robbery?”

The cop begins to get angry. “Sir, I’m afraid you have to come with me.” The cop reaches in the window to subdue the man.

“Don’t do that!” the man yells fearfully. “I’m scared you will find the gun in my glove compartment!” The cop pulls his hand out. “Wait here,” he says.

The cop calls for backup. Soon cops, cars, and helicopters are flooding the area. The man is cuffed quickly and taken towards a car. However, before he gets in, a cop walks up to him and says, while gesturing to the cop that pulled him over, “Sir, this officer informed us that you had committed a robbery, had stolen loot in the trunk of your car, and had a loaded gun in your glove compartment. However, we found none of these things in your car.”

The man replies, “Yeah, and I bet that liar said I was speeding too!” 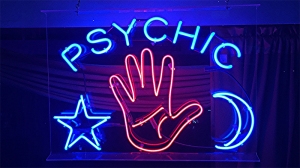 Bill is putting his young daughter to bed one night and as he walks out the bedroom door he hears her saying her prayers. She says, “God bless mommy, daddy, and grandma, rest in peace grandpa.”

Bill rushes back into her bedroom and asks her, “Why did you say the last part?” His daughter replies, “Because I needed to.” The next day, grandpa dies of a heart attack. Bill is worried about his daughter but thinks, “It must just be a sad coincidence.”

That night he tucks his daughter into bed again and once again he hears her saying her prayers. She says, “God bless mommy and daddy, rest in peace grandma.” Bill is now really worried and thinking to himself, “Can my daughter really see into the future?” The next day, grandma dies and now Bill is convinced his daughter can predict the future.

For the rest of the week nothing happens, but on the Sunday night as Bill leaves his daughter’s bedroom he waits outside and listens for any more prayers. Sure enough, he hears her say, “God bless you mommy, rest in peace daddy.” Now Bill is really panicking and thinking, ‘”Oh God, I’m going to die tomorrow!”

The following day Bill is in a complete mess all day in work; a real nervous wreck. He constantly checks the clock, looks around the room and is on edge all the time expecting to die at any moment. He is so nervous that he doesn’t leave the office until it’s past midnight. Once it turns midnight he says to himself with relief, “How is this possible? I should be dead!” He goes home and walks into the house to find his wife sitting on the sofa with a scared look on her face. She asks him, “Where have you been? What took you so long?”

Bill replies, “Listen honey, today I haven’t had the best of days” and he is just about to tell her what has happened when she starts crying and bursts out, “I saw the mailman die earlier!”