Check out this excerpt from Anna Dobritt’s first Raven short story from her blog. 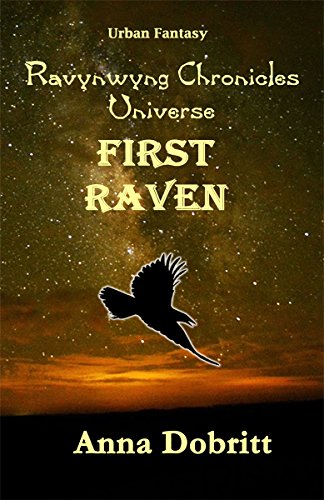 “That was amazing! What is that place and what are the shadows there?” She swayed and braced herself on the bed.

Morgan grabbed the filled cup and held it out. “Drink this.”

She accepted the cup, held her nose, and drank. “Yuck.”

“You will get used to it after a while.” Merla stretched her wings.

“Ha! Don’t believe her. You never do and I’ve been drinking it for years.” Morgan accepted the empty cup and stood. She grabbed the bottle and the other cup. “Let’s go to the kitchen and have pie and tea. I’ll answer your questions there. After that, we need to set the wards around the property.”

Eva placed pieces of pie in front of them, along with cups of tea. Morgan took a few bites and drank some tea. “In answer to your first question, the place we were in is called the Court of Passage…