Check out this post about author Charles Yallowitz. He’s the featured indie author on the Books and Such blog.

Charles Yallowitz is here today with the most recent addition to his Shattered States series, Chasing Bedlam.  If you’re unfamiliar with Charles’s work, he’s also the author of the Legends of Windemere fantasy series, with twelve books to date.  And he presents a strong argument why Spiderman would win in a fight with Batman. 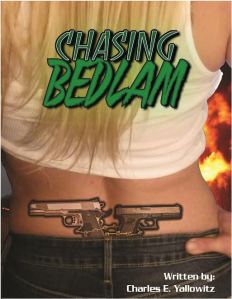 Lloyd and Cassidy’s last adventure was to honor a life. This time they are out to end one.

It was a normal, violent mission to Texas that should have had nothing more than beer-induced hiccups. That is until an old enemy makes off with Cassidy’s jeep and most of their gear. Needless to say, she’s pissed off and challenging Lloyd for the psychopath of the month award. With the mouthy serial killer by her side, she is going on the warpath from Dallas to Miami even if it means declaring war on the drug cartels.