This post is the fifth in a series that I’ve been writing about the individuals that I view as the masters in my genre of choice, crime/detective fiction. I am a firm believer that you become better in whatever field you pursue by following those that excelled and paved the way before you.

Agatha Christie was a famed crime fiction novelist who wrote 66 detective novels with the famed characters include Hercule Poirot and Miss Marple. She was born in England in 1890. During WWI Christie was stationed in a hospital. After the war, she married and settled in London. Her first novel featured Hercule Poirot. The book, The Mysterious Affair at Styles, was published in 1920. Christie is viewed as the best-selling novelist of all time with sales of approximately 2 billion books sold.

Like many writers, Agatha Christie was an avid reader from childhood. She enjoyed the works of Mrs. Molesworth, Edward Lear and Lewis Carroll. She didn’t spend a great deal of time with other children (another trait among many writers). 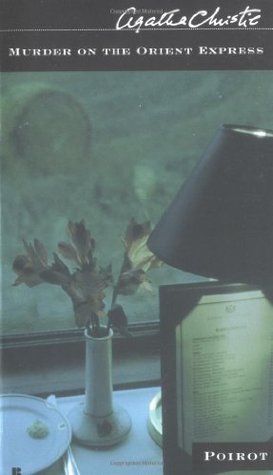 Her early novels focused on the Poirot character, but she tired of him, just as Arthur Conan Doyle tired of Sherlock Holmes. Christie was an avid fan of Doyle’s work and her early novels were heavily influenced by him. Unlike Doyle, she didn’t attempt to kill Poirot off. She instead shifted her focus to her Miss Jane Marple character beginning with the first work featuring the character in a collection of short stories titled The Thirteen Problems.

A short period of Christie’s life was a mystery in itself. She disappeared for about two weeks in December of 1926 after her husband informed her that he wanted a divorce. She was found in a hotel registered under the last name of her husband’s mistress. Doctors diagnosed her with amnesia, but little was ever publicized regarding what really happened.

Agatha Christie has been referred to as the “Queen of Crime”, and considered a master of suspense, plotting, and characterization. Other authors, in particular Raymond Chandler, were critical of her literary abilities and derisive of her work.

Now, 126 years after her birth, Christie’s novels stand the test of time. Her plot twists and buildup of suspense are masterful and have influenced countless crime fiction/detective authors that have come after her.