Character Perspective- Get it Right

This chapter comes from my reading. Besides writing books and short stories , I am an avid reader consuming 3-4 books per month. My reading genre is mostly fiction with some non-fiction mixed in. Lately, I have been reading the work of some noted authors that have jumped on the young adult fiction bandwagon and some that have written for characters that are opposite their gender. The results, in my humble opinion, are mixed.

Who does it well? Who misses the mark?

Let’s start with those that have been able to write effectively from a perspective that is quite opposite their own. Most notable is J.K. Rowling. Her Harry Potter series and, to some extent, The Casual Vacancy, were very effectively written from the point of view of 10 year old children through young adults. She represented their emotions, actions, and reactions quite accurately and demonstrated how, over the course of time, they learned from their experiences. Because of her abilities, she was able to cross over to adult readers in a big way making her an international sensation who at one point had more accumulated wealth than the Queen of England. 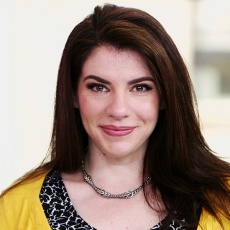 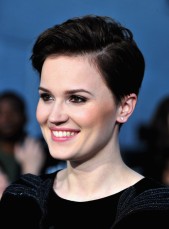 Moving on to American authors, a trio of women rise to the top in terms of success. Stephenie Meyer, author of the Twilight series, Suzanne Collins, author of The Hunger Games Trilogy, and Veronica Roth, author of the Divergent series, have all logged huge best-sellers with their angst-ridden cast of teen protagonists. Of these series, I enjoyed The Hunger Games. Suzanne Collins was able to write a compelling saga. The first book was a sizzling page turner. The second book, however, reminded me of the movie, Back to the Future II. It was just a vehicle to compel the reader to read the third book. The third book was very significant in terms of character development. These books, in particular, depicted the main character, Katniss Everdeen, as a flawed individual that doesn’t always do things perfectly and make the right decisions. This makes Katniss compelling as a main character.

I gave a try at reading the Twilight series. I found the characters too depressing and angst-ridden for my taste. They were downright depressing. I was surprised at my reaction due to the success of the series and the movies. I sat with my teenage daughter to watch the first Twilight movie and experienced the same reaction. I am, however, far removed from being a teenager myself. My reaction was a burning desire to kick these teens in the seat of their pants and tell them to comb their hair and get a job. I must be getting old.

As for Divergent, I have gone to see the movie with my daughter. My first impression was that it was as if Harry Potter and The Hunger Games had a baby. The story was a good one. I have the first book on my “to read” list. The characters definitely had some depth in the movie.

Now on to male authors that write as characters that differ from themselves and do it well. The first is Stephen King. In The Shining and, to a much greater extent, in It, King writes very believably as a child. At no point did I find his writing not believable as he took on the point of view of children. They make fun of each other and form a bond that only childhood friends can do. In The Shining, this bond comes between Danny Torrance and Dick Halloran is due to their psychic ability, in part, but there is also a mentor/mentee relationship. In It, King is able to write as several different adolescents and give each a distinct and memorable personality.

The second author that has written effectively from a young female perspective is Hugh Howey. Howey is the hero of independently published authors who has turned his dystopian Wool series into a huge bestseller without the benefit of a major publisher. Wool and his earlier Molly Fyde series are written from the perspective of young women. Howey does this effectively and is able to realistically depict their actions and emotions.

Now for those writers who have not done this effectively. The first author, who has been running hot and cold with his work recently, is Harlan Coben. I recently read Missing You which Coben wrote from the perspective of a female New York City detective. I was disappointed in this work. His female character was both unrealistic and not likable. He was inconsistent with the way she reacted to situations. Coben has also created a young adult series based on Mickey Bolitar, nephew to his frequent protagonist Myron Bolitar. The stories within the Mickey Bolitar books make them worth reading. The main character, however, is not a realistic teen. His points of reference are not contemporary, but are those of a 40-something year old man in terms of music and other cultural aspects. He makes a lot of wrong decisions in terms of hiding things from adults. I’m not sure that most teens would push things to the limits that he does without seeking help.

John Grisham has also jumped into the YA market with his Theodore Boone series. Theodore Boone is a 13 year old only child of small city attorneys. He is enamored with the law and aspires to be an attorney. He is a straight “A” student and always seems to make the right decisions. He listens to his parents and is the favorite of judges, teachers, and the school principal. All of these adults defend him to the fullest even when it appears that he has done something wrong. While the stories are interesting, Grisham makes Boone too perfect. This 13 year old has the reasoning ability and intellect of an adult. He says all of the right things. This is not to say that a child like Theodore Boone is unrealistic. What is unrealistic is his popularity with other kids. In my recollection, kids like Theodore Boone would have been labeled as nerds or brainiacs in school (I was one) and would also be subject to regular ridicule and pranks. Theodore Boone is not. 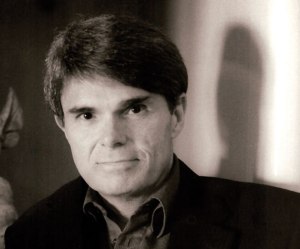 Dean Koontz has also written a series of eight books based on his character, Odd Thomas. Odd is a twenty-something short order cook with psychic abilities. In his early Odd Thomas books, Koontz portrayed him as a simple and likable character. Odd was believable and spoke in simple dialog. I just finished the last in the series, Saint Odd, and found Koontz to be portraying his main character in a much more verbose fashion that is similar to his other books. He spends many paragraphs describing the plant life and the architecture. This is contrary to how this character viewed his surroundings in past works. Koontz even tries to justify this by referencing a novelist mentor that Odd has been getting pointers from. This new point of view from this character made the later Odd Thomas books a bit plodding and less genuine.

So, what is the message in all of this? As authors, I think it is important for us to truly understand the perspective of our characters. Don’t write a book as a teenage girl based on the way you see them in sitcoms or reality television shows. Write from this perspective based on real experiences and insight. Your readers will not find sincerity in your work if they find that you are misrepresenting how a character would think, react, and learn in a situation. If your target audience is young adults, you have to appeal to their world.

As a struggling author, I have found that readers resonate most with works where I have written based on what I know. I give my characters attributes that I know a lot about and this comes across as sincere. The private eye/mystery genre that I write in is not the “hot” style right now. Authors of Romance and Young Adult fiction are finding a much higher rate of success. I have avoided writing in these genres, however, because I’m not sure I could write believable stories or create compelling characters.

8 thoughts on “The Ultimate Guide – Chapter 12”