My guest (no pun intended) today is U.K. Author Colin Guest. He sat down to tell us about his work, his inspiration, and a little bit about himself. Please enjoy this installment of 20 Questions 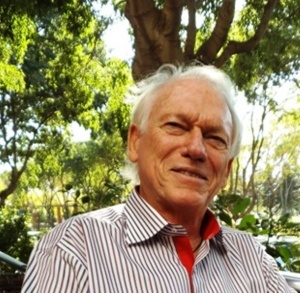 Q1) When did you first realize you wanted to be a writer?

I always liked writing since my junior days at school

Q2) How long does it typically take you to write a book?

Between 18 months to four years

Q3) What is your work schedule like when you’re writing?

Q4) What would you say is your interesting writing quirk?

I don’t usually make an outline plan, I just write which seems to give me more ideas as I go.

Q5) How are your books published?

I have had one e-book published, and one in print and e-book format

Q6) Where do you get your ideas for your books?

Due to my having what I think an unusual life, I draw on the many experiences I have had

Q7) If you don’t mind sharing, when did you write your first book and how old were you?

Q8) What do you like to do when you’re not writing?

I enjoy going out walking around Istanbul with my wife, and taking a ferry out to the Princess Islands.

Q9) What is your favorite book?

I have no favorite one.

Q10) What do your family and friends think of your writing?

My wife thinks I spend too much time writing, with friends congratulating me on my becoming published.

Q11) What was one of the most surprising things you learned in creating your books?

That just writing a book is not enough, even if your book is published, its success will still mainly depend on you promoting it.

Q12) What do you hate most about the writing process?

I would not say hate, but having to go back, (in my case) many times to read through and revise what I have written, before having it professionally edited.

Q13) How many books have you written? Which is your favorite?

Two. I think my memoir, Follow in the Tigerman’s Footsteps is my favorite, as it covers such an incredible part of my life.

Q14) Do you have any suggestions to help us become better writers? If so, what are they?

Never give up. Check-out numerous sites and join writing organisations. Get involved in discussions and reply to comments re others writing achievments.

Q15) Do you get feedback from your readers much? How and what kinds of things do they say?

No, unfortunately not enough. I have however, received a couple of good reviews in which the readers have said they found my book interesting.

Q16) What is your preferred reading audience?

I think people aged between 20 and 55. At those ages, they are interested in seeing how they can improve and enjoy a better life than they presently have.

Q17) What do you think makes a good story?

Right from the start the story must be interesting and grip the reader’s imagination. Also depending on the type of story, it should provide the reader with some information that could prove helpful to them.

I wanted to be a carpenter and work with wood. However, instead I became a joiner/shopfitter, which for sure enabled me to have a better working life.

Q19) Where can we find your books?

Q20) Will you give us an excerpt from one of your favorite works?

After working on the Hyatt project for several weeks, Ian asked me to call in at head office. A problem had arisen with Harold, one of our Project Managers who was looking after a Royal Villa in Jeddah, and a palace type contract on the outside of Jeddah. Due to this problem, he wanted me to take over the Royal Villa project.

A few days later, Arnie and I flew down to Jeddah. As we were in business class, we were at the front of the plane when it landed. To my shock and disbelief, no sooner had the plane’s door been opened when I felt an enormous blast of hot air hit me. It was as though I had taken a shower with all my clothes on. To my amazement, Arnie, although wearing a suit and tie seemed unaffected by the heat.

I exclaimed, “Boy! That sure is some heat.”

Arnie laughed. “Don’t worry, although it’s much hotter here than in Riyadh, you will soon get used to it.”

At the time there were no direct walkways from the planes, so we stepped out of the plane into a special high level bus. Reaching the arrivals entrance, the body of the bus lowered itself to ground level on telescopic legs, which to me, was like a scene in a space film. Stepping out of the bus and entering the arrivals hall, I was amazed to find it enormous. Arnie informed me it was the second largest airport in the world, with Riyadh the largest.

We had no luggage, so passed straight through customs. On stepping into the bright sunshine, it felt as though the air was being sucked out of my lungs. However, to my relief, we were able to climb straight into one of the waiting air-conditioned taxis. Arnie gave the driver directions to the villa and we set off. On the way, I noticed Jeddah was much more western oriented than Riyadh, with the streets lined with numerous well-known branded shops.

Colin Guest, a 75 yr old Englishman first book was An Expats Experiences of Living in Turkey, published by Amazon Kindle. His second, Follow in the Tigerman’s Footsteps, published by Partridge Publishing Singapore, is a memoir. It gets its name from Colin’s love of Tigers, and covers 19 years of his working as an expat in 15 countries spread through the Middle, Far East & North Africa. During this time he lived the kind of life most only dream about. Apart from his two books, he had an article published in his home town in England, carried out a one hour podcast, with a video recording of one chapter of his memoir read on Novels Wild Festival. He also had an article published in ExpatNetwork, a UK expat magazine, with over fourteen of his articles published in online magazines. These include, Escape Artist, Escape from America, ExpatNetwork, Expats Focus, Global living and Oval Publishing.

14 thoughts on “20 Questions with Colin Guest”